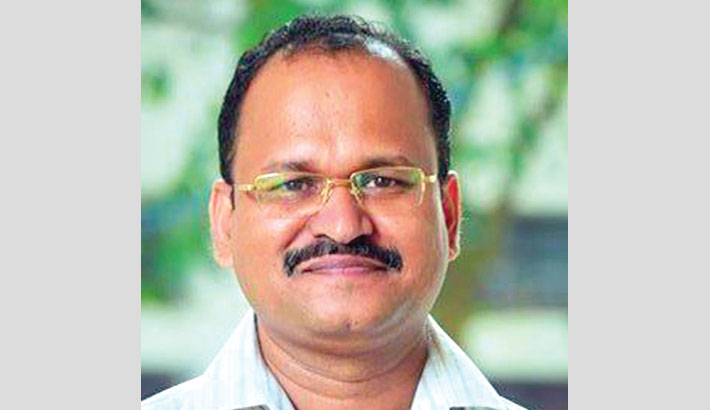 Few days back, a student of ours posted an emotional Facebook status saying that he does not respect his university teachers any more. As universities are closed for more than fourteen months, students are utterly frustrated and exhausted and there is no denying the fact, he posted that status out of sheer frustration and desperation. Though he knew fully well that university teachers are not at all against reopening of universities and do not have the authority to take that decision unilaterally, he posted that statement with the assumption that his teachers would not harm him in response.

In reaction to his status and harsh comments below his status, we, the teachers, felt embarrassed, humiliated and badly hurt. On a balanced reflection, students' anger and teachers' anguish have converged here. We contacted him to remind that we do not have the authority to reopen the university. We did not wish to admonish him, let alone punish. The fact is that he must have done that out of sheer frustration which he confessed in a subsequent post. In fact, we would have opted not to admonish him even if he had done that out of impertinence because respect cannot be demanded, it has to be earned.

If our students are not willing to respect us, we cannot compel them to do so. Had he made that comment against incumbents of any other profession, he would have faced tough times. We have, however, no dissatisfaction that he has not received any punishment. Moreover, we are relaxed that he did not make any such comment against the powerful incumbents and thus did not fall prey to their wrath and mistreatment. The rationale behind it is that a father and a true well-wisher cannot wish anything bad to his offspring despite being hurt by their behavior.

True, that all teachers are not good teachers. Social degradation has influenced the teachers too. However, still a majority of teachers are dedicated to the students. Even then, criticising teachers even on flimsy grounds has become a popular fad these days as it offers complete impunity. As teachers, it is embarrassing for us. However, it does not make us furious because we are considerate enough to realise that such criticism is, in fact, not solely aimed at us. In fact, having found no other outlet, students are venting their pent up angers at us.

However, the problem is that all the social media people are not our students and such posts and comments are enough to send very wrong messages across the board. In fact, frustration is now the order of the day among thousands of students, especially the university students. The students, who were nearing their terminal degrees, have been waiting for more than a year to complete their degrees. More than a year has been lost for others as well.

Though things are going alright for the well-off students, realities are tough for the students who have to maintain themselves through income from tuition. In fact, tuition is also off for many of them. Moreover, most of the tuition spots are at places around universities. Thus, frustration and agonies have become unbearable for many. However, a few teachers, especially the chief executives of various universities, have become matters of criticism and ridicule for their antics, misuse of power and corrupt practices.

In fact, the number of such teachers is very few in the context of the members of the whole community. However, news about them gets widespread media coverage. Moreover, these people, too, remain almost defenceless owing to their lack of moral strength. The irony is that some such teachers go to any lengths to grab the prized positions and after having attained the positions, they lose their ‘teacher’ character and get involved in activities unbecoming of teachers. It may be mentioned here that the image of Vice-Chancellors was not so, previously.

They were of great stature and personality. It has been learnt that Bangabandhu Sheikh Mujibur Rahman had great respect for teachers and requested a good number of renowned educationists to take the helm of universities. Then, heads of State and government used to choose the teachers for responsible positions. Now, however, a number of teachers, very few though, get engaged in a rat race to be picked. And, some of them transgress all thresholds of servility. These matters do not remain secret as leaders relish in and divulge such things in public.

To be candid, things became so and gradually deteriorated when the government started to bypass the provision of nominating one as Vice-Chancellor from the VC panel voted by the Senates in four old autonomous public universities (Dhaka, Chittagong, Rajshahi and Jahangirnagar) of the country. Some teachers are now against such VC panels as it is more cumbersome for them, than convincing the political leaders in some way or the other.

Even various political leaders now express resentment about ‘lobbying’ of university teachers. They, however, do not show much eagerness for Senate nominated VC panels. To be candid, that provision, set in place by the Father of the Nation, could have improved the situation to a great extent. However, even this very provision is missing completely in the Acts of public universities other than the four old public universities.

As accountability mechanisms have declined and ‘one man show’ increased in public universities, the quality of teachers and teaching has come down in some places. Moreover, poor recruitments based on relaxed criteria and extra-academic grounds have vitiated things at some places. External as well as political influence, however, remains key to such a situation. Unfortunately, this image crisis has been created centering on some such institutions. In fact, such a scenario applies to other institutions as well.

Teachers are expected to be the moral guardians of the society. Thus, they should remain away from the vices present elsewhere. Well-being and betterment of pupils must always be in their thoughts. Majority of the teachers cherish and nourish such notions and devotion. Closure of universities for more than a year has created a lacuna between teachers and students. However, the relationship is purely divine.

Students admire teachers not out of compulsion. They do so just out of reverence. Teachers' affection for students is heavenly, too. Students do not disobey teachers; teachers cannot denounce students. With resumption of full-fledged academic activities soon, that divine setting is bound to resume again. This mutual belongingness cannot diminish or fade away.

The writer is a Professor, Department of Public Administration, University of Chittagong.