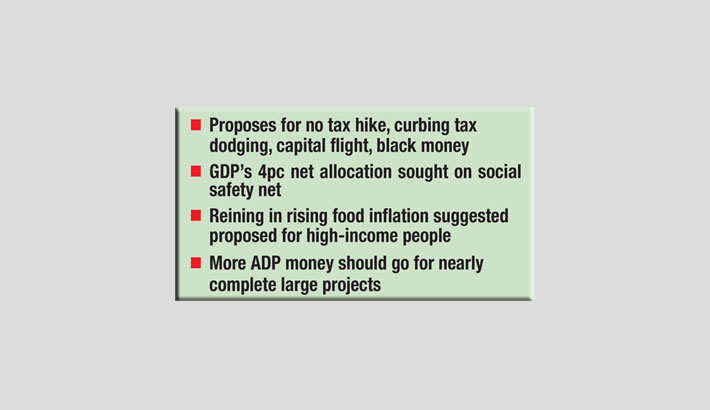 Enhancing budget execution capacity must be the key focus of the budget alongside higher spending plan to get better results and find path of corona crisis recovery, suggests Centre for Policy Dialogue (CPD).

The government is resorting to an expansionary fiscal policy in FY22 budget, despite budget implementation kept low this fiscal with 10-month expenditure slipping to 42 percent from FY20’s 43.9 percent, the think tank said on Monday.

“With the increase in budget size over the years, the mid-term reforms needed for enhancing institutional capacity to implement budget have not been carried out adequately or in line with the necessity,”CPD Distinguished Fellow Prof Mustafizur Rahman remarked at a virtual pre-budget event.

In its third independent review on the state of Bangladesh economy, CPD warned that without addressing the reform agenda, the underlying weaknesses in fiscal framework and implementation of the budget will not be feasible.

The government can not spend the necessary money during the corona like crisis moments, which calls for high spending, because of weak budget implementation capacity that comes from institutional weakness, Prof Rahman explained.

The seasoned economist, however, acknowledged that Bangladesh needs to raise expenditure as its present budget size is around GDP’s 18 percent whereas the average ratio for other South Asian nations is 24-25 percent.

“This spending size is not that much big, but the question is whether we’re concentrating on increasing the execution capabilities,” he said, adding: “Stress should be put on how necessary expenditure can be done; not the budget size.”

“The upcoming budget should be designed with keeping in mind the new challenges that have emerged and are apprehended to emerge,” stressed Towfiqul Islam Khan, senior research fellow of CPD while presenting the keynote paper.

In the context of Covid induced rising inequality, the national budget for FY22 should focus more on equity, redistributive justice, protecting jobs and saving lives, and less on economic growth with formulating a mid-term recovery plan, CPD said.

For this, priority should be attached to social safety net, health, education and CSME-oriented investment-augmenting measures from the public expenditure side.

The planned high revenue earning target should be met not imposing new tax or hiking taxes, rather it must be done with curbing tax dodging, capital flight and black money, CPD proposed.

CPD called for redesigning stimulus packages, taking cognisance of their weaknesses and past implementation experiences.

The design of the stimulus packages and their distribution services has created a mostly “K” shaped economic recovery path in Bangladesh where small business can’t benefit from the stimulus, it said.

She also warned that higher allocation on health sector without increasing its capacity for money spending with ensuring quality might be counter-productive.

Instead, corruption-free spending of the existing allocation should be ensured, she also stressed.

Towards this, fiscal measures, timely import, and food stock management has been stressed.

In particular, CPD emphasized on setting up Banking Commission, Agriculture Price Commission, Competition Commission, and fiscal reforms to create the foundations of a good-governed and well-functioning economy that will help recover from the pandemic.