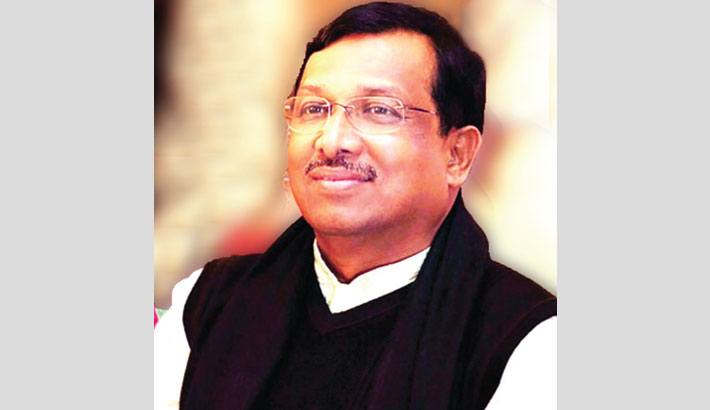 Jatiya Sangsad Whip and MP from Patiya Shamsul Haque Chowdhury used to decide who would get the ticket of ruling Awami League in any election under his constituency in Chattogram.

This happened in the election to Patiya municipality held in February last too.

He took Tk 10 lakh from president of ward-1 AL Abdul Khaleque in the name of ensuring the party ticket for him for the post of councillor. Assuring Khaleque, the whip said, “I got Tk 10 lakh. Your popularity is at its peak. You sleep peacefully, your nomination is final. Your name is on the Prime Minister's table.”

Khaleque was really relieved to get reassurance from the whip’s mouth. But that didn’t work. Mohammad Nasir of BNP got the nomination of Awami League. Angry Khaleque later found out that after receiving Tk 50 lakh from Nasir, the whip forgot him from his own party. The men of whip ensured that Nasir won that election.  Whip Shamsul also promised to return some money to Khaleque after the election. An audio clip on the money transaction in exchange for the nomination came to the hands of this reporter.

In the audio clip, the whip is heard telling Khaleque in the local dialect, “The people of entire Patiya say that you have no popularity. You were not given nomination for this.” When the issue of money transaction came up during the conversation, the whip said, “Take some money if you need it.”

At that time, Khaleque told Shamsul in a frustrating voice, “My life has been ruined, big brother. I am no longer in politics. You’ve thrown me into the road. The people of entire Patiya have suffered pain.”

Recently, Awami League leader Abdul Khaleque opened his mouth about the nomination trade of Whip Shamsul. It has even been alleged that Khaleque was abducted by the whip’s brother before the election.

He said, “I sent Tk 10 lakh as per his (whip’s) demand. After receiving the money, he said over the phone ‘your popularity is at its peak. You sleep peacefully, your work is done. Your name is on the Prime Minister's table’.”

“Later, he got more money from another candidate and I was not given the nomination. They even tried to kidnap me. He understands nothing but money,” the local AL leader added.

During investigation, it was found that Whip Shamsul is giving party nomination in exchange for money. There are no party restrictions. Anyone can get nomination in any election. For this, one has to send money from lakhs to crores of Taka to the whip, depending on the post.

Whoever gives more money will get the nomination no matter whether the candidate is from BNP, Jamaat or Awami League. If anyone vies in any election without permission of whip’s son Nazmul Haque Chowdhury Sharun and brother Nawab, torture is inflicted on them and cases are filed against them. For this, panic has spread in the local politics.

Anyone from any political ideology can avail the nomination from ruling party giving money to the whip. The nomination business came into light ahead of local government election in 17 unions of the upazila and nine wards of the municipality in February last.

Local political leaders claimed that the nomination is available on demand for the highest payer. Those who fail to avail nomination despite giving money experienced torture and disappearance for demanding cash back.

Party leaders and activists also alleged that Whip Shamsul remained out of touch despite his involvement in irregularities. The victims are surprised at the rise of the whip who was a black marketer of cinema tickets and convicted criminal.

The locals considered themselves as helpless as Whip Shamsul established a crime empire in Patiya abusing power.

Alongside the whip, his son Sharun became reckless under the patronage of his father. The locals are in doubts about the educational qualification of Sharun who hardly crossed the SSC level.

Sharun has expertise in using arms and smuggling. There is a say that the family members of Whip Shamsul had never been involved in the politics of Awami League.

General Secretary of Chattogram South Awami League Mofizur Rahman alleged that the whip was once known as ‘Bicchhu Shamsu’ and none from his family was involved in the politics of Awami League. “The committee of Patiya unit of Awami League represents the activists of BNP and Jamaat,” he said.

On condition of anonymity, another leader claimed that he gave Tk 5 lakh to whip Shamsul. But he did not get the nomination. “He (whip) said there’ll no election without money. He demanded Tk 5 lakh and mentioned that the nomination won’t come without cash,” he added.