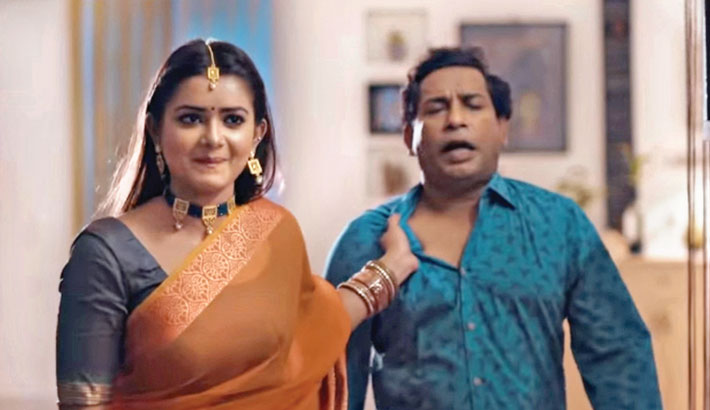 Mosharraf Karim and Tanjin Tisha starrer romantic comedy-drama ‘Sheshta Onnorokom Chilo’ is getting huge appreciation from the audience. The drama was released on the YouTube channel of G Series on May 27 and it crossed 1 million views within the first 11 hours.

According to the netizen, it’s a record for any Bangladeshi drama that got 1 million views within a short time. Till Sunday, over 3.1 million people watched the drama and about six thousand people commented on it. Most of them have praised the drama.

Written by Kazi Sahidul Islam and directed by Sagor Jahan, the drama also stars Shilpi Sharkar Apu, Masud Harun and others. Through this drama Mosharraf Karim has acted opposite Tanjin Tisha for the first time.

Sagor Jahan said, “I’m overwhelmed by the audience response. It’s my pleasure that they have liked the drama and gave positive response on the comment section. Thanks to the audience for watching the drama. I think it’s a good sign for quality production.”