Transformation of techs in life 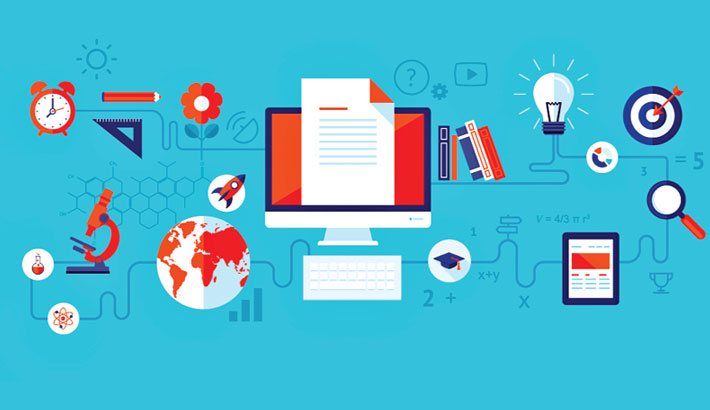 In 2001, if you listened to digital music, you did it with a large folder of MP3 files. How you acquired them is probably best left between you and a priest, but you may have ripped them from a CD, downloaded them from a file sharing service, or bought them from one of a few nascent download sites.

Whichever option you picked, you’d play them on your computer with a program built for the task. And if you were lucky enough to have an early standalone MP3 player, it was probably made by another company again.

Whether or not MP3s interested you, you probably bought your music on CD, and had a couple of players in the house – maybe a portable one and a hi-fi. Your headphones, of course, connected to whatever you were using, be that a simple Discman or a fancy Nomad Jukebox, with a normal 3.5mm plug.

Today, for millions of people around the world, all those companies have been replaced by one: Apple. You listen to Apple Music on your Apple iPhone through your Apple AirPods.

Nostalgia is an ill-fitting emotion for the technology sector, where exponential growth rules. The phone in your pocket – possibly even the watch on your wrist – is substantially more powerful than the desktop computer you may have stashed those music files on, and is connected via a cellular connection a hundred times faster than the 56K modem you used to download your MP3s to an internet unimaginably larger and more useful.

Interoperability is the technical term for what we’ve lost as tech has matured. Software can be interoperable, either through common, open file formats, or through different programs speaking directly to one another, and so too can hardware: open standards are what allow you to use any headphones with any music player, for instance, or buy a TV without worrying if it will work with your streaming set-up.

Some of those difficulties decades, with key details kept hidden behind a restrictive licence. The company very deliberately didn’t want competitors to be able to make software that could read and make Word files without paying it for the trouble. Microsoft’s market dominance meant that it could hamper competing software with the opposite approach: refusing to support their file formats on its own platforms, effectively limiting the ability to collaborate.

In the PC files-and-folders era, interoperability was, ultimately, down to users. Software may or may not be compatible, but the decision to try to make a file in one program and open it in another was entirely up to you. You could use two programs made by developers that had never even heard of each other and, so long as they worked with the same open file format, there was interoperability.

Even as updates to mobile phone operating systems have allowed apps more freedom to send data back and forth, the same freedom hasn’t been restored to the user. And when two apps are negotiating whether or not to work together, it’s more than just a simple question of technology.

“There’s a ton of issues here,” says Ari Lightman, professor of digital media and marketing at Carnegie Mellon University’s Heinz College in Pittsburgh, Pennsylvania, “but I think one of the major ones is economics. As data becomes more of an asset, it becomes difficult to exchange that data across multiple different parties in an ecosystem, because they’re monetising that asset. And there’s also a lot of stipulations associated with what happens should there be a violation.”

Sharing everything you have via Facebook or Google is interoperability of a sort. It’s certainly convenient to be able to log in to Tinder without typing a password, and to automatically populate your dating profile with pictures lifted straight from Instagram. But it’s necessarily limited, both to the services offered by these big companies, and by the fact that they’re not going to help competitors. Notoriously, for instance, Facebook blocked Twitter-owned short video app Vine from this sort of interoperability because, according to an FTC complaint, it wanted to kneecap its rival’s chances of succeeding in the field.

For a company of Amazon’s size, simplicity isn’t just a selling point to users: it’s also appealing for Amazon itself. Better to funnel people down one supported service than have to train staff on how to deal with myriad potential problems.

For some, there’s only one outcome that will properly fix things: regulation. Damien Geradin is outside counsel for the Coalition for App Fairness, an industry group that represents companies including Spotify, Tile and Tinder, and has been leading the charge to make interoperability a legal requirement.

“When it comes to Apple, they really like this vertically integrated business model,” Geradin says. “I don’t think that we can say that interoperability has been lost, because it’s never been there. It’s been like that from day one. They like to do everything in house, and they don’t like to make things compatible.

“Now, I think that nobody would challenge that when Apple was a very small company. But now it has become this giant. And it has become a bottleneck in the sense that if you want your app to be distributed on the on iOS devices, you have to go to the App Store. You cannot live without Apple if you’re an app developer. You can’t say ‘screw Apple’, but we want to be able to interoperate, we want to be freer.”

There’s a real chance that we come out of this decade with some of tech’s largest players legally required to begin the painful process of opening up their platforms to the competition – and so, slowly, restoring some of that dream.

In fact, some of the change is coming already. In April, Facebook, seemingly to pre-empt regulatory enforcement, announced an expansion to its “data portability tool”, a feature of the site that lets users send their data from Facebook to other sites and services.