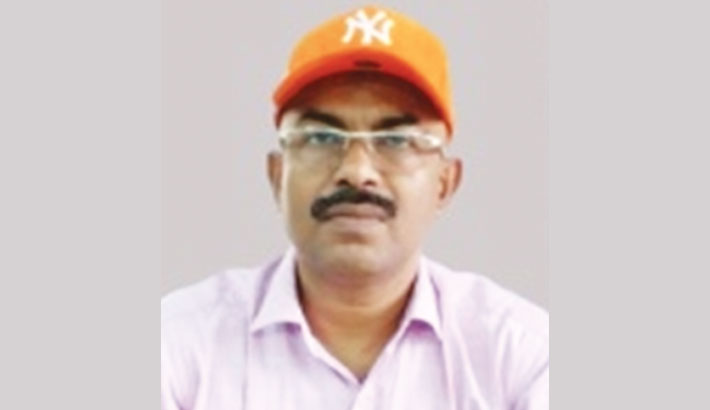 Of all means of earning livelihood perhaps begging appears to be the worst and under no circumstances a healthy man or woman should adopt begging as a source of income unless the situation temporarily compels him/her to do so. But astonishingly recent time in Dhaka many able-bodied persons are leaning towards mendicancy as they seem to have taken it as a good profitable business in spite of having many other better options opened before them and that signals a cause of concern for the general people. Lately begging has turned to be one of the few menacing problems which are tainting the image of our country both home and abroad. Though it’s partially true that Covid-19 pandemic has rendered many people temporarily unemployed but that don’t seem to be the real cause behind recent increasing trend of begging in the roads and streets of Dhaka.

Undoubtedly the country has been advancing toward development at a rapid pace; on the contrary, the beggars are unknowingly pulling back the rein of our progress. Instead of rushing towards the tunnel of light, time and again they retreat towards darkness. Beggars, so to say, living like parasites blocks the route to prosperity and development in addition to appearing as public nuisances to the commoners. At any place in the city you cannot escape from one group of these uninvited guests. While you are walking, travelling, eating in the restaurant, attending religious congregation and political meetings or gossiping at public places, beggars appear out of the blue and create embarrassing situations for the guests, visitors and love-trysts.

Nature and forms of begging varies from place to place and from person to person. But nowadays the real beggars seem to be inseparable from the fake ones in Dhaka. Again different stories lie behind the actual cause of a person’s turning to be a beggar. Becoming victims to river erosion, natural disaster, and fire incidence, road accidents, launch capsizes, dismembering of limbs due to electrocution, physical disability of persons coming from poor family origin, being kidnapped and trapped in early childhood, being born as abandoned or becoming orphans at an early age may be some of the rationales behind seeking alms to others. But what surprises me most is that whereas some people become compelled to take this abhorrent vocation on account of irony of fate or out of sheer misfortune, few healthy people wilfully choose it as a deceitful means of making money by broaching false pretence or lame excuse. Incidence like owning multi-storied building by beggars in Dhaka often stultifies us. This second category of beggars who are hale and hearty but indolent and loathsome to work and who selects the path of earning through fraudulent means without giving physical labour stands harmful to the society as a whole and they must be dissuaded from this despicable business at any cost in order to engage them in any other domestic or industrial works for streamlining their contribution to the national economy. 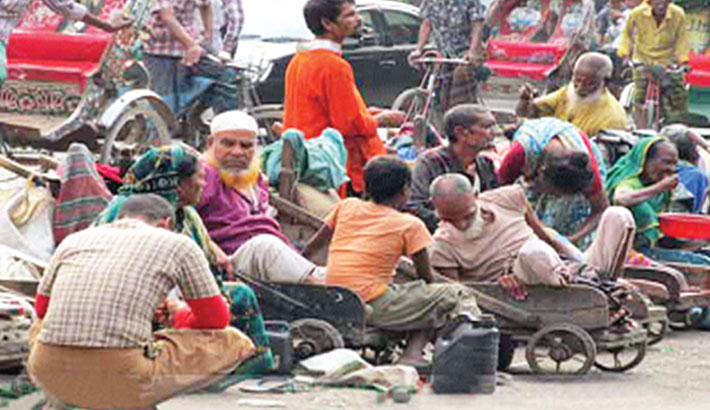 Mendicancy deserves to be treated as an abominable act that bears no dignity and self-esteem even in the eye of religion. Again though we know beggars should not be choosers, sometimes they become squeamish to accept small amount of charity like coins of one taka or so. Moreover, more often than not they take resort to downright falsehood and subterfuge in order to bluff ordinary citizens. And in this regard I can clearly reminisce about an incident that took place several years back from now. When I was still a young student of Dhaka University I along with one of my friends was crossing the Padma River by boarding a ferry and enjoying fresh air of the river standing on its deck a gutsy beggar approached us and asked for some money. According to his own words the reason behind such begging was to procure dowry money for wedding out his daughter. After hearing this, my friend at once proposed to marry his daughter without dowry. At such a proposal of ours, the beggar became somewhat astounded as well as ashamed for the time being and was about to leave the spot quickly but my friend was tenacious to follow him and urge him repeatedly to take him to his daughter. At one time the beggar became infuriated and started to jibe at him without reason. Later on we came to learn from some fruit vendors of that ferry that he had been begging in the same ferryboat by cooking up the same story for the last couple of years which means he was a habitual beggar whose so called daughter’s marriage would never come to an end until he dies. After advancing a little we boarded on a Dhaka-bound bus where another beggar entered and sought alms to the passengers as usual. By the time he came near me my purse became almost empty except only a 50 paisa coin remaining to be left to offer him what he disdainfully rejected to accept and after angrily staring at me for some time and uttering some expletives at last he disapprovingly threw the coin before my face leaving me quite surprised and embarrassed.

Beggars are rarely found in the developed countries. Even if anybody begs he/she is not likely to outstretch his hands so comfortably and shamelessly to the passers-by. In 2006 I was undergoing my master’s degree program under the National University of Singapore and at that time once I was returning from the university on foot when suddenly my eyes kept gazing towards a crippled beggar playing piano standing in a corner of a large thoroughfare. But he was not directly begging by extending his hands outright; rather he was playing piano with rapt attention and being enthralled by his musical lyrics pedestrians were donating dollars to him. Being emotionally charged along with others I also dropped two dollars on his mat after enjoying his beautiful musical tune. Juxtaposing our home beggars with them I came to understand that beggars of the developed country also differ from those of the underdeveloped countries in a sense that they have self-dignity which our beggars don’t possess.

Begging in disguise in the rural areas becomes somewhat difficult because village people are acquainted with each other and they know who the real paupers are. But in urban areas, especially in Dhaka City, various types of pseudo-beggars get involved in begging as their real origin and socio-economic conditions always remain elusive to the common people. Beggars are creating many kinds of problems in the society. Some beggars turn out to be daring muggers and they lie in wait for appropriate time and opportunity for committing serious crimes. Many female beggars under the cover of begging practice prostitution at dead of night. Many of them are drug addicts. A few of them embroil themselves in drug trafficking. Sometimes they also secretly become entangled with wicked women and children trafficking syndicate. Beggars living or passing days and nights on the streets mar beauty of clean streets making those dirty by defecating or urinating on it at dead of night. Foreigners fall in awkward position when they visit any historical places of our country. At that very moment beggars like locusts surround the strangers in the hope of getting dollars as aid from them. When one beggar gets some money others quickly follow him/her. Then the almsgivers have to desperately try to escape from such a bizarre ambience. Birth control policy remains out of the beggar’s reach. Rather ‘the more children, the more begging hands and the more earning’ thoughts allure them to be exclusively engaged in reproduction activity. That is why the old theory in economics that ‘the poor are poor because they are poor’ holds well in their case.

In fine, with the help of locally elected representatives district administration should come forward to play a pioneering role in bringing each and every genuine beggar under social safety net program. I suggest that every district social service office should make a complete data base including particulars of the beggars within its own jurisdiction and they should time to time hold motivational interactive meeting with the beggars so that they become encouraged to give up begging and gather confidence to stand economically on their own feet. Proper counselling of the beggars needs to be orchestrated in order to change their psyche. Investigative research should be conducted for finding out the causes behind begging. The actual beggars who are physically challenged should be isolated and rehabilitated in a planned way. The fake beggars who are unwilling to give up begging in spite of offering housing and food security from the government should be forced to quit this nefarious business or at least driven out of the city. Family planning department must reach to the beggars and compulsorily bring them under the birth control policy of the government. Law enforcing agencies should conduct drive to bust the beggar’s mafia syndicate. The print, electronic, mass and social media should play positive role in eliminating beggars from Dhaka. Finally both the two City Corporations in cooperation with the ward Councillors and in coordination with the ministry of social welfare, social service directorate, and non-government and voluntary organizations should take up pragmatic steps to make Dhaka beggar-free within the quickest possible time.

The writer is a deputy secretary to the government and currently employed as zonal executive officer, zone-3