Peanut cultivation gets popular in Nilphamari 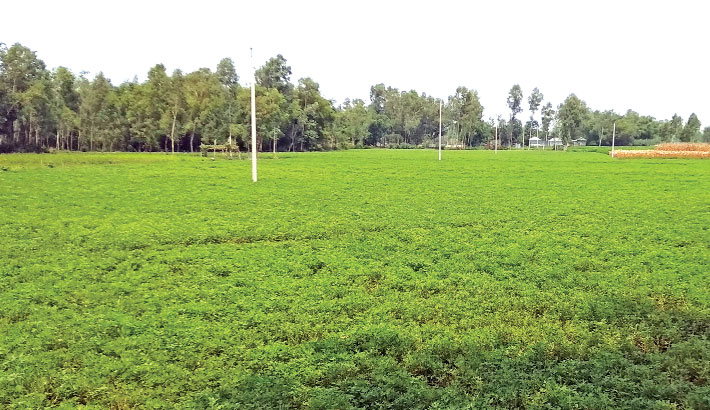 NILPHAMARI: Peanut cultivation is getting popular among the farmers of the district gradually like other districts of the Rangpur agricultural region.

Farmers have widely cultivated peanut on the sandy lands along the Teesta River under Jaldhaka and Dimla upazila in Nilphamari district this season. They are also expecting bumper production of the crop as the soil is suitable for peanut cultivation, weather conditions remain favourable and they had supplies of necessary agricultural inputs timely.

Farmer Abdul Latif, 42, son of late Abdul Gafur Miah of Purba Chatnai village in Nilphamari district said, “This season I have cultivated the crop on one acre of sandy land, spending Tk 7,500 only. Now I am happy and expecting minimum Taka 15,000 as profit from the land.”

Another farmer Abul Hossen of Pagalpara village under Dimla upazila of the district said, “Peanut cultivation is very easy and also high profitable. This year I have cultivated the crop two acres of sandy land”.