Lending to Sri Lanka: A Praiseworthy Move by Bangladesh 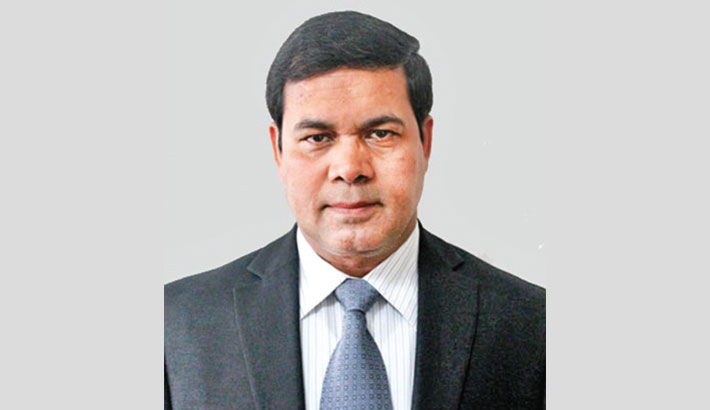 For the first time in its history, Bangladesh has approved a USD 200 million loan to Sri Lanka. A Sri Lankan friend of mine sent a paperclip of this much discussed news with his comment: “This is a clear example of having an honest and dedicated leadership”. The same day, I attended a live discussion with Fareed Zakaria, CNN host and author of a best-selling book, along with many professionals and high-level executives of North American business corporations. Fareed Zakaria referred to Bangladesh’s economic growth and sustainable development as an example for many countries. My Sri Lankan friend’s high impression about our Prime Minister along with Fareed Zakaria’s reference to our country’s development made us feel very proud. Because this kind of high-level appreciation in global platforms, which is now a reality, was beyond imagination during our student life.

Bangladesh’s move highly appreciated: It is learnt that when the Sri Lankan president visited Bangladesh in March, he had approached Prime Minister Sheikh Hasina to help them by lending some foreign currency. Since the beginning of the pandemic, Sri Lanka has been struggling hard to maintain adequate foreign exchange reserves and at a certain point, it came down to four billion dollars which is not enough to meet their obligations maturing within the next three months. On the other hand, Bangladesh has been persistently increasing its foreign exchange reserve which has exceeded 45 billion US dollars this month.

Bangladesh has in principle approved a USD 200 million loan to Sri Lanka to meet their immediate cross-border payment needs. This has been widely discussed and published in the news media of Sri Lanka, India and many western countries. This type of cross-border lending at state level is not new, rather it frequently happens among peer and friendly countries. Even Sri Lanka has previously availed currency swipe facility from India and China. In fact, currency swipe is a very common form of cross-border lending which not only takes place between states but also between two financial institutions.

Bangladesh’s decision of currency swipe lending is being so widely discussed because this type of cross-border funding activity at state-level is a new action for Bangladesh. The whole world has known Bangladesh as borrower only so they could not imagine that this country alongside its spectacular economic development can also emerge as a lender in an international arena.

Interest at Libor & rollover option: It is learnt that Bangladesh will be earning interest on 200 million dollars at 100 to 200 basis points (bps) London Interbank Offer Rate (Libor) which is considered pretty good. At this rate it will adequately cover the opportunity cost likely to be foregone on the same amount as part of its reserve balance, which is supposed to earn at overnight funding rate. Since this cross-border agreement is not a public document, it is not possible for us to know all the covenants of this loan agreement. We learnt from the media report that the borrowing country Sri Lanka will pay off this loan on maturity, however, there is an option to rollover this loan if Sri Lanka intends to continue using this loan. International practice in rollover of existing loan is that the borrowing country will pay off entire interest accrued thereon and will approach lending country to rollover the loan at the prevailing rate i.e. Libor rate announced at the rollover time. There may be some technical issues related to the loan pricing because from December Libor rate will discontinue in the international money market, so substitution to Libor should be discussed and determined well ahead of rollover time. It may be mentioned here that till now there is no indication of any single pricing in place of Libor.

International reputation with minimum involvement: Bangladesh is just going to lend only USD 200 million which is a very insignificant amount in cross-border sovereign lending. Bangladesh’s foreign exchange reserve has exceeded USD 45 billion out of which 200 million is only 0.45 per cent. Even earning on this loan will presumably be higher than which is being earned on its reserve balance usually at overnight funding rate which is historically lower than the Libor rate. From a risk perspective, sovereign risk is always categorised as lowest all over the world. Besides, this is not typical sovereign lending, rather currency swipe, so Bangladesh will always have a fallback option to recover or minimise loss if it arises in any worst-case scenario.

Bangladesh’s action with minimum involvement and lowest risk factor has brought huge appreciation in an international arena. Bangladesh’s move to help another country in need and its ability to directly lend in sovereign debt is much discussed and referred to in India, Sri Lanka and even in western forums. With this lending decision, Bangladesh has proved its worth of being a lender while it was previously regarded as a borrower only. Now Bangladesh will be following the standard practice of developed countries which maintains two-way traffic in managing state funds i.e. tradeoffs between borrowing and lending. Since sovereign debt is considered as the highest quality of asset and as such carries lowest default risk, this measure may also help Bangladesh further improve the country's credit rating.

Building pull-fund: Bangladesh will now have to position and prepare itself well to keep this sovereign lending option open for other countries. Because this measure will raise the country’s bar and expectation of other countries and international bodies which our country may have to meet. Today, Sri Lanka has approached and tomorrow, Bhutan or Nepal or some other countries may approach Bangladesh for a loan. Besides, Bangladesh’s economic growth is expected to be persistently continuing in the coming years and its reserve may exceed seventy billion dollars within the next two / three years.  So, neighbouring countries' expectations may go up and at the same time, Bangladesh will have to establish its dual role of lender and borrower in the world economy. However, meeting such needs from foreign exchange reserves cannot be a regular practice, rather Bangladesh can constitute a pull of foreign currency funds by mobilising foreign currency from different sources including huge numbers of expatriate Bangladeshis living across the world including developed countries.

The writer is a CPA, CMA, and a banker, Toronto, Canada