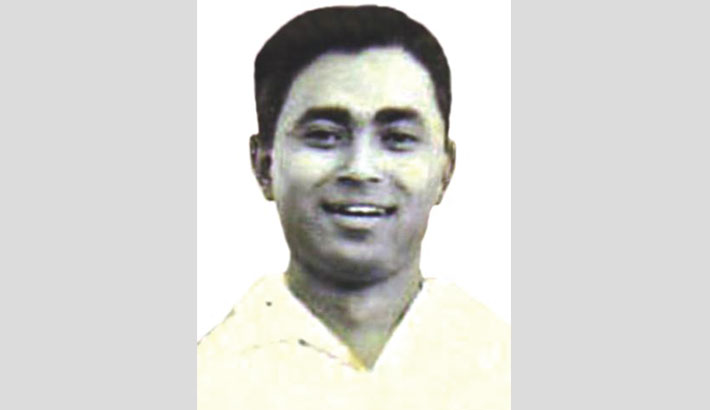 On this day in 1971, Captain Bashar, former officer commanding of Station Supply Depot (SSD), Chittagong Cantonment was bayoneted to death by a crack force of Pakistan army led by one Major Sarfaraz at a torture cell at Dhaka Cantonment.

Pakistani military junta proposed Bashar to become a state witness against Bangabandhu Sheikh Mujibur Rahman, who was then facing treason charge at a Pakistani jail in the then West Pakistan.

As he straightaway rejected the Pakistani proposal, the crack force of Pakistan army brutally tortured him for two months before killing him at the torture cell.

In 1971, Captain Bashar first repulsed the attack of the occupation Pakistan army in Chittagong Cantonment when members of Baluch Regiment attacked the 82 Supply Platoon to bring it under its control by ousting the Bengali captain as its commanding officer.

But, Bashar and his forces successfully drove away the invaders from the SSD vicinity. From this moment, Captain Bashar fell in wrath of Pakistani military junta. All other Bengali comrades of Bashar who were posted at Chittagong Cantonment during the fiery days of 1971 are well-aware about his bravery.

During non-cooperation movement called by Bangabandhu, Captain Bashar hoisted the flag of independent Bangladesh atop the perambulator of his one-year-old baby daughter, Gulnahar Panna, and pushed it around the cantonment on March 23, 1971, the Republic Day of Pakistan that Bangabandhu called for observing as the Resistance Day.

Earlier, when Pakistani military brought arms and ammunition from the then West Pakistan by Pakistani ship ‘Swat’ to foil the independence struggle of the freedom-loving people of Bangladesh, Bashar organised local youths and students to create barricades on the port city streets to prevent entry of Pakistani arms and ammunition into the cantonment.

On the fateful night of March 25, 1971, Captain Bashar along with his pregnant wife, Nurnahar Bashar, and baby daughter Panna came out of his cantonment residence. People heard about a historic announcement broadcasted by Swadhin Bangla Betar urging local youths and students to report to Captain Bashar to join the rebellion. Local residents of Halishar found him shooting at Pakistani military helicopter. From his own pocket, he fed the Bengali troops for some time. Even, at one point, Pakistani troops pointed gun at the forehead of his pregnant wife at their hideout.

According to Rabindranath Trivedi, former Principal Information Officer (PIO) of the Government of Bangladesh, Pakistani military junta was disarming the senior Bengali army officers when Capt Bashar along with other young Bengali officers led the revolt in Chittagong in 1971. Rabindranath Trivedi wrote this historic article in The New Nation, the country’s oldest national English daily following liberation of the country from the clutch of the brute force of Pakistan.