Taiwan must choose between virus and politics 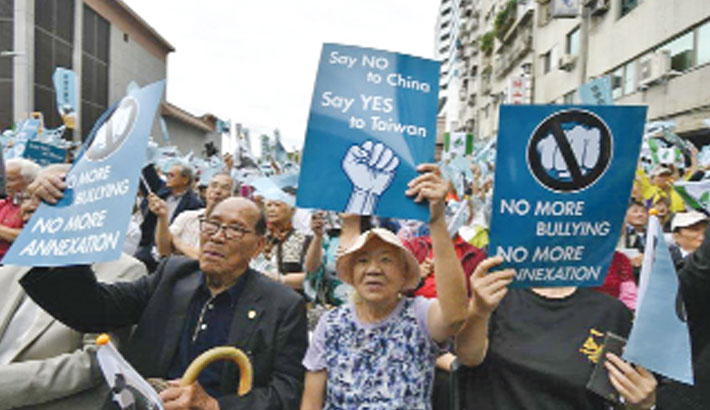 After successfully keeping coronavirus at bay, Taiwan is currently in the grip of its first serious outbreak.

The island is desperately seeking vaccines to protect its people, and Taiwan’s giant neighbour China has offered to help, reports BBC. But this puts Taiwanese leaders in a dilemma. Should they accept assistance from a country that wants to see Taiwan cease to exist as a self-governing entity?

Or, to put it another way, is the virus more important than politics?

So far, Taiwan has said no to Beijing. The dilemma did not exist until the middle of this month. Up until then, Taiwan had seen only 1,500 or so infections and just 12 deaths.

But then cases began to increase sharply. On Thursday alone Taiwan reported 13 deaths. And few people in Taiwan are protected against the virus.

To fight the upsurge in cases, the authorities in Taiwan realised they needed more vaccines - and fast.

On Tuesday, Health Minister Chen Shih-chung said two million shots would arrive in June; 10 million by the end of August.

The island does not have to look far for help.

A series of spokespeople in Beijing have made it clear that China is willing to supply the island with the vaccines it needs.

But saying yes would not be an easy political decision for Taiwan because the two sides are political foes.

Taiwan’s leaders favour more independence for the island, something China forcefully resists. Beijing believes Taiwan is part of its own territory, and wants it to unify with the mainland.

It pressures Taiwan - and the world - to accept this position.

Prof Steve Tsang, of the School of Oriental and African Studies in London, laid out Taiwan’s dilemma.

He said the situation was one in which China could not lose and Taiwan could not win.

If Taiwan accepts Chinese vaccines, it could appear as though Beijing is more able to look after the people of Taiwan than the island’s leaders.

If Taiwan declines the jabs, Taipei might look as though it is disregarding the health of its own population.

In that case, “Taiwan could end up looking really bad,” said Prof Tsang.

There is pressure on Tsai in Taiwan to accept China’s offer.

Hung Hsiu-chu, a senior figure in the opposition KMT party, recently reminded the president that the real enemy was the virus, not Beijing, and urged her to accept Chinese vaccines as quickly as possible.

Others have offered a similar message.

The state-run Global Times ran a headline accusing Tsai of ignoring the mainland’s kindness - and pleas for jabs from her own people.

Taiwan’s president has hit back in a bid to bolster her position.

On Wednesday, she said China had scuppered the island’s negotiations to secure supplies of the Pfizer/BioNTech vaccination.

“We reject outside interference in our work to bring vaccines to Taiwan, and oppose attempts to exploit vaccine supply for political purposes,” she wrote.

Tsai is keen to paint China as a hindrance, not a help.

In the end, Prof Tsang believes Taiwan’s president will survive this difficult patch, however she resolves the vaccine dilemma.

That is partly because many people in Taiwan do not want Chinese-made vaccines; they worry about their safety and efficacy.

He said it was also because this was a manageable situation.

“Taiwan has captured our imagination at the moment because it has done so well before,” said Prof Tsang.