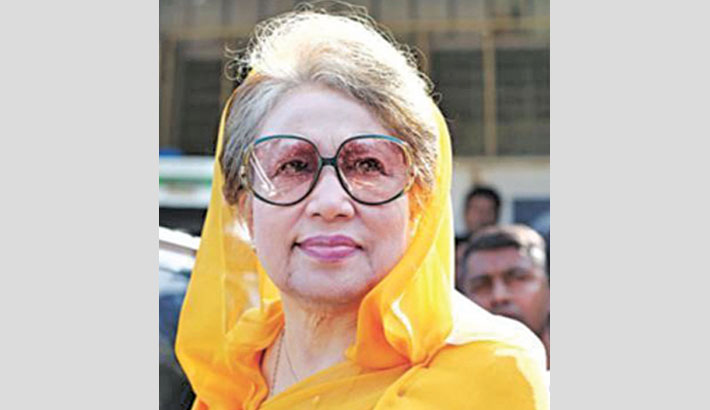 Bangladesh Nationalist Party (BNP) Chairperson Khaleda Zia, who has been undergoing treatment at a hospital in the capital for over one month, has caught fever.

He disclosed the information while addressing a press conference on the upcoming budget for the 2021-22 fiscal year at the BNP chairperson’s Gulshan office in the capital.

“Except for fever, she is doing well and all of her medical parametres are also good. The 10-member medical board formed to treat the madam will examine why she was experiencing fever suddenly,” Fakhrul said.

The BNP chief has been undergoing treatment at

Evercare Hospital Dhaka since April 27. She was admitted to the hospital three days after she tested positive for Covid-19 for the second time.

On May 3, she was transferred to the hospital’s coronary care unit (CCU) after she started having respiratory issues. The BNP chairperson later tested negative for Covid-19, but has been undergoing treatment at the hospital for other complications.

The government released Khaleda from jail on March 25 last year, suspending her sentences as per section 401 (1) of the Criminal Code of Procedure. The suspension was later extended twice.

The BNP chairperson was sent to jail on February 8, 2018 after a special court sentenced her to five years in prison in the Zia Orphanage Trust corruption case. On October 30, 2018, the High Court raised her punishment to 10 years.