Some News Are Good News 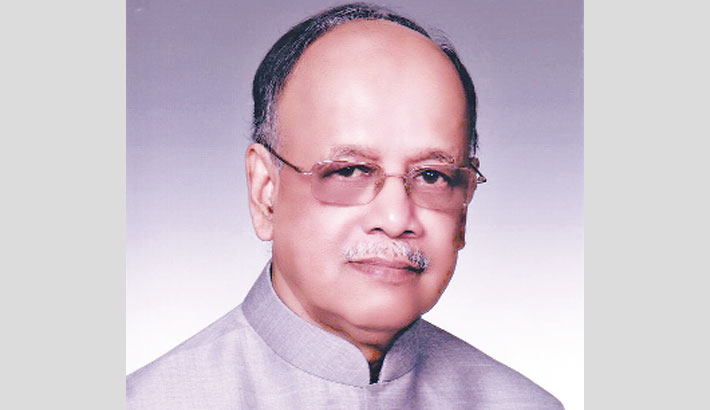 Since the world entered the Covid-19 pandemic era, the news continuously hitting the national and international media have to a great extent been depressing, of sadness and sorrow. Countries – big or small, powerful or weak, developed or least developed – it has been the news of death, lack of proper healthcare and even lack of facilities of burial or cremation of those who perished in this pandemic. In India, which was preparing to become the third largest economy in the world by 2030 the crematoriums ran out of burning woods and in some states even the reserve forests had to supply burning woods to the crematoriums. In Uttar Pradesh and Maharashtra the death overwhelmed everyone and sadly many dead bodies were just dumped in the rivers across in many parts of India. Many see this as a colossal failure of the Indian government. Indian born writer Arundhati Roy even wrote a commentary on an on-line journal “We need a Government.”

Bangladesh was better prepared to face the situation until the Indian vaccine manufacturing company Serum Institute failed to honour the contract they signed earlier with Bangladesh that every month they will supply five million dosages of vaccine. Bangladesh even paid them all the advance money for the ordered vaccine but the Serum Institute has failed to honour the international contract putting the people of Bangladesh in a limbo. Finally China came to the rescue and now the Chinese vaccine is being administered to people in Bangladesh. As per the Ministry of Health sources, Russian vaccines are in the pipe line. The Foreign Minister informed that attempts are being made to buy AstraZeneca vaccines from other sources as India’s Serum Institute miserably failed to keep their commitment. On 30th May Bangladesh is expected to receive its first consignment of 160,000 doses of Pfizer vaccine under Covax scheme which is co-led by the WHO, the Gavi vaccine alliance, and the Coalition of Epidemic Preparedness Innovations. 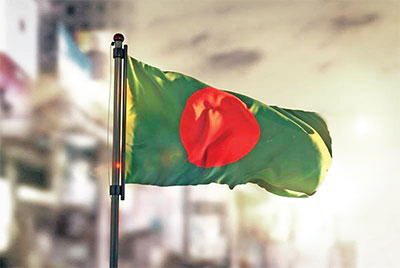 Amidst all these depressing news there are some good news for Bangladeshis to keep their morale high and be proud of as these comes when the country completed celebration of its 50 years of independence. On May 6th the news was broken that a leading pharmaceutical company of Bangladesh will launch its production facility in Kenya, Africa, within the next four months in a move that will considerably enhance Bangladesh and the company’s image in Africa. This is one of the two companies which successfully satisfied the FDA and managed to export pharmaceutical products to USA. The exported products were well received in the US market.

However, the most exciting good news was the news that for the first time Bangladesh has agreed to lend debt-strapped Sri Lanka US$ 200 million from Bangladesh’s foreign exchange reserve which currently stands at US$ 45 billion, enough to pay import bills for  about one year. (Bangladesh initially offered to loan US$500 to Sri Lanka). This is an extraordinary gesture shown by Bangladesh to a friendly country in their hour of need. Earlier Bangladesh sent food aid along medicine to Sri Lanka and few other SAARC countries when these countries were hit by natural calamities. By any standard Bangladesh’s reach out to its neighbours including India in times of need surpasses many other countries in South Asia. This is same Bangladesh about which no one saw any future at its birth. Once some foreign journalists asked Bangabandhu in early 1972 upon his return from the prison of Pakistan how he will rebuild his war devastated country in the absence of any resources and visible economic activity. Bangabandhu very confidently said that he will rebuild his country based on his hard working people and agriculture. That was fifty years back. Fifty years later he has been proven right and that too under his daughter Sheikh Hasina’s farsighted leadership.

The money loaned or swapped to Sri Lanka is a soft loan which will bear an interest of 2 % and will be considered as an investment and will increase Bangladesh’s credit rating. The interest rate charged by Bangladesh is slightly higher than other current global borrowing rate. Before Sri Lanka went for such a loan from Bangladesh, it also took loans under similar arrangements from India and China. Though Sri Lanka is doing quite good in many of its social indicators it is still struggling to recover from the economic strains it incurred during its decades of civil war with the Tamil Tigers (1983-2009) and the recent global coronavirus pandemic has deprived the island state of important sources of foreign currency such as tourism, exports and service sector. Currently Sri Lanka’s foreign exchange reserve stands at US$ 4 billion, enough to cover only three months import bills. Such type of loans involves some economic complexities, especially when it comes to deprecation of any particular currency or the present value of money when it is returned. But the current loan which is sanctioned against 2 per cent interest should be enough to cover these unforeseen factors.

Another news that hit the headline was carried by the Daily News International, Pakistan,  which in its banner said ‘Aid from Bangladesh’ written by Pakistani born economist Abid Hasan, a former  advisor to the World Bank. Abid Hasan till recently also worked at the World Bank’s Dhaka Office. His father Colonel N D Hasan was once the Principal of Chittagong Fauzderhat Cadet College. Abid Hasan wrote  on May 24th “Every government in Pakistan including the current one, has gone around the world with a begging bowl. We are now drowning in debt and stuck in an anaemic growth orbit, and will continue to be this…It is unthinkable, 20 years back, that Bangladesh’s GDP per capita in 2020 would be almost twice that of Pakistan. Bangladesh could be an economic powerhouse in 2030 if it grows at the same rate as in the past. If Pakistan continues its dismal performance, it is in the realm of possibility that we could be seeking aid from Bangladesh in 2030.”

One may recall that the Pakistan Tehreek-e-Insaf Chief and one time Pakistan’s World Cup winning cricket captain. After he assumed the office of Pakistan’s Prime Minister following his victory in  the general election in 2018 in his first cabinet meeting he was elaborating his future plans for Pakistan’s socio-economic development. He expressed his opinion that he wants to follow the Swedish model to develop Pakistan economically. That same night most of Pakistan’s development economists expressed their opinion in different private TV channels in Pakistan and even in some Middle Eastern Countries and Canada that ‘First Pakistan should try to become Bangladesh before it becomes anything else’ and each participants in these TV shows profusely praised the leadership qualities of Bangladesh’s Prime Minister Sheikh Hasina (to some she was Hasina Sheikh). Abid Hasan also wrote, “Bangladesh encouraged savings over consumption. Its savings rate is around 30 per cent of GDP, compared to 15-20 per cent for Pakistan. Pakistan’s irresponsible and impulsive policies encouraged public spending and import consumption way beyond what the country could afford. In 2000, Pakistan’s exports were 50 per cent more than Bangladesh. Since then Bangladesh’s exports have increased 700 per cent, almost three and half times that of Pakistan”. Pakistan’s current foreign exchange reserve stands at US $ 13.5 billion dollar against Bangladesh’s US$ 45 billion. Hasan writes “Bangladesh’s economic miracle also benefited from separation of religion from state, elimination of unelected institution’s role in politics, and their leaders’ single-minded focus on Bangladesh.”

“It will hurt our national ego, but the only sure way for Pakistan to accelerate growth and reduce debt, and avoid seeking aid from Bangladesh, is to emulate Bangladesh. There is no short cut to success, except to follow prudent fiscal and monetary policies.”

Recently the President of current UN General Assembly Volkan Bozkir was in Bangladesh on an official visit. He met the Bangladesh’s Foreign Minister, addressed a select group of guests at the Foreign Service Academy and met the Prime Minister Sheikh Hasina. He also visited Rohingya refugee camps in Teknaf. Before leaving Bangladesh he said, ‘in case of Bangladesh it can be said it has made important progress and it can be an example for rest of the world….appreciating Bangladesh’s leadership on climate front, President of 75th session of UNGA said 2021…presents another important year for Bangladesh as a global leader on climate action.”

As Bangladesh completes its 50 years of independence one can trace back its last fifty years. It is simple a story of the mythical phoenix bird rising from the ashes of the devastating Liberation War of 1971. The last fifty years’ journey was not smooth. It saw the country being ruled by military dictators and pseudo dictators and collapse of important state institutions and economy. Still the country is riddled with corruption, prevalent amongst a section of government servants, inefficiency of some state institutions, failure to place the right people in important posts of the government and over bureaucratization of administration. For even a better sailing everything that stands in the way of development of the state must be swept away which should be priority of the country’s leadership, more specifically of the Prime Minister. We owe it to the next generation and beyond. Long live Bangladesh.