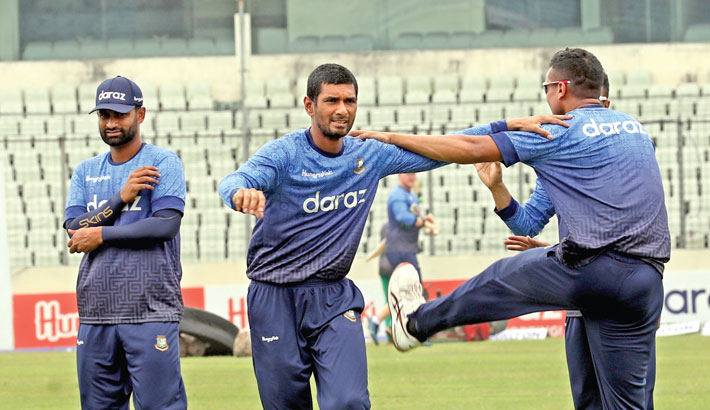 (From left to right) Bangladesh cricketers Tamim Iqbal, Mahmudullah and Taskin Ahmed are seen during a training session at the Sher-e-Bangla National Stadium in the capital on Thursday. —BCB PHOTO

Bangladesh will be eyeing to complete a clean sweep when they take on Sri Lanka in the third and final one-day international at the Sher-e-Bangla National Stadium in Dhaka today.

The Tigers have already earned their maiden series win over the tourists by winning the opening two games convincingly and the victories also helped them reach the top of the points table of ICC World Cup Super League.

Experienced batsman Mahmudullah believed that they can certainly complete a 3-0 result in the series but insisted they can’t take anything for granted as they are yet to come up with their best performance.

“Certainly we are targeting 3-0,” Mahmudullah told reporters on Thursday. 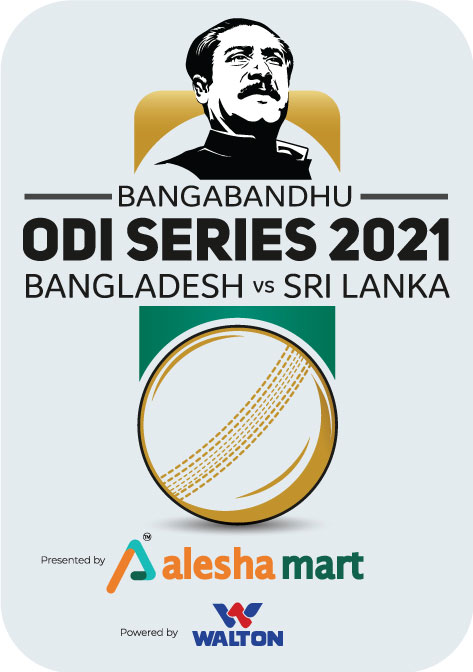 “But I feel overall batting, bowling and fielding-wise we are yet to play our best cricket. We have spoken among ourselves and I hope we can come up with our best performance (today),” he added.

Mahmudullah emphasized their batting in power-plays and slog overs as in both the matches, Bangladesh had to struggle during these periods.

“The top order collapsed while we failed to score heavily in slog overs and I feel we need to sort it out and perform better in these circumstances.

“The wicket is good so far in this series. I think our batting should be better. And what I’ve said earlier, we are yet to deliver our best. I hope we can do it in the game next,” he added.

Mahmudullah claimed that the third match will be as important as the opening two matches as the result of the match will be added to the ICC WC Super League points table.

“Every single match is important. Since this event is a part of the World Cup qualification, every match of this event is equally important to us. We still have a chance to claim 10 points, so why not?

“What I have said is we are yet to deliver our best. So we’ll try to do that and claim all 10 points,” he said, adding that the toss has become vital due to current hot weather.

“Winning the toss is important. It was an important fact considering the heat we were going through for the last few days,” he added.

Mahmudullah added that he is reaping benefits from extra training sessions as he feels he is at the top of his game at the moment. The middle-order batsman made valuable contributions of 54 and 41 runs respectively in the opening two matches of the series.

‘’Definitely, it (extra practice time) helps a lot. I believe match preparation is very important. It should be started on the day before the game. We understand the importance of preparation,” he said.

“It feels like my fitness is at the highest level in my career. I have been working a lot with my fitness for the last few years. I’m trying to be as fit as possible. I’m doing extra running, gym and balancing it as much as possible,” he added.

Meanwhile, Bangladesh received a blow ahead of the match as all-rounder Mohammad Saifuddin was ruled out of the match after he was advised to take three-day rest by BCB physicians.

Saifuddin was hit on his helmet during the second one-dayer on Tuesday and was being replaced by pacer Taskin Ahmed after he had shown concussion signs. Later he was taken to a city hospital for a routine checkup and there was no major problem found in his reports.

All the foreign coaching staff of Bangladesh national team are expected to go on leave on Saturday as they have already undergone the mandatory Covid-19 test ahead of their departure.