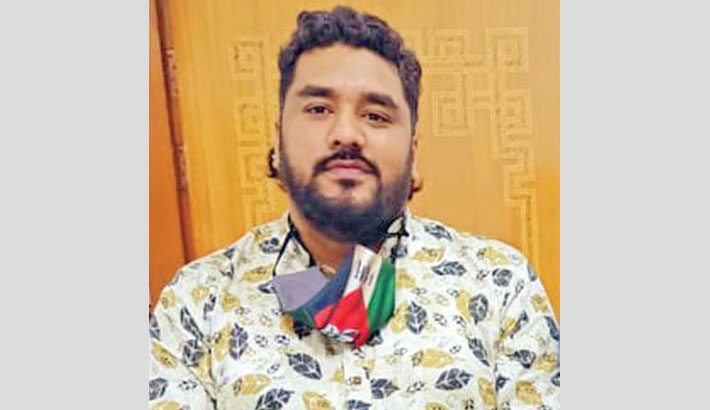 Masum Billal Fardin is a promising singer of the country. He got popularity with the song ‘Sukheri Porosh’. Then, his songs ‘Tomari Ashatey’ and ‘Priya Re O Priya’ were released in Indian channel Sangeet Bangla and Tara Music respectively.

Recently, the singer has founded Bangladesh-Palestine Friendship Association with the help of some social workers to deepen ties between the people of the two countries. Palestinian Ambassador in Dhaka Yousef SY Ramadan attended the inaugural ceremony of the organisation on May 20.

“I’ve been involved in different international institution as media ambassador for couple of years. My only ambition is to represent my country to the international arena as a result I do not miss any opportunity to be part of any international organisation. I also involved with some social activities out of my social responsibility. I feel happy if anyone benefits by me”, he added while asking about his involvement of different organisations.

Fardin is also an actor. Alongside singing, he has acted in several dramas and telefilms. He has also completed the shooting of a Tamil movie named ‘Shoot Out’ directed by popular Tamil director Selvaraghavan recently.