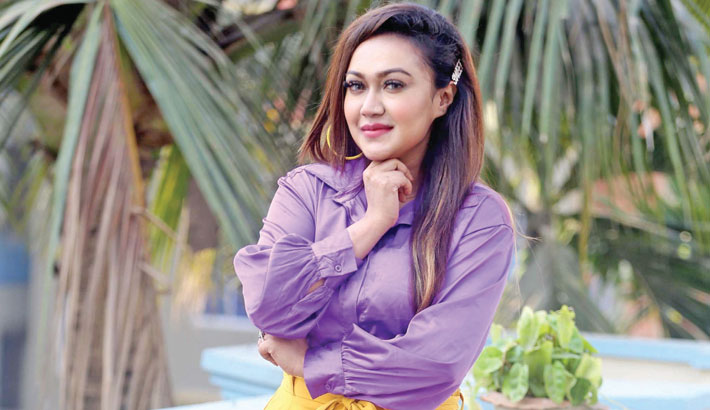 Dhallywood actress Bipasha Kabir is passing a busy time with multiple projects. She has five films in her hand. Some of the movie’s shooting has already been completed; rest of the films’ shooting or post-production works is going on.

The movies are ‘Porane Poran Bandhia’, ‘Jedi Meye’, ‘Jar Noyone Jare Lage Bhalo’, ‘Soulmate’, and ‘Give and Take’. Actors Rajan, Saif Khan, Sanju Don and Bappy Chowdhury will be seen opposite her in the films.

About the projects, Bipasha Kabir said, “The story of the five films is centered on me. The plots of the movies are amazing and I’m satisfied to work in these projects. I’m grateful to my directors, co-artistes, and all the members of the shooting unit. I’m hopeful about these films.”

On the other hand, 23 May was the actress’s birthday. She celebrated her birthday with her friends and co-artistes at a limited function.