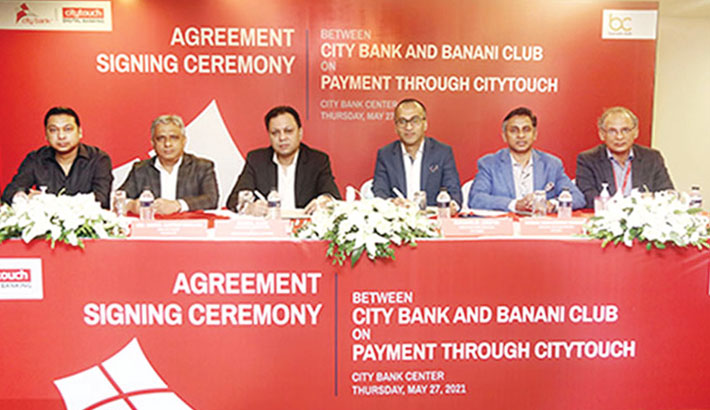 City Bank signed an agreement with Banani Club Limited in the capital recently.

Under the agreement, over one thousand members of Banani Club are now able to pay the bills and fees using the City Bank’s digital banking platform ‘Citytouch’ anytime from anywhere, said a press release.

Rubel Aziz, President of Banani Club and former Chairman of City Bank and Mashrur Arefin, Managing Director and CEO of City Bank signed the agreement on behalf of their respective organisations.

City Bank has been offering the state-of-the art digital banking service with Citytouch platform on mobile and desktop while the introduction of WhatsApp Banking has set a new benchmark in the service.