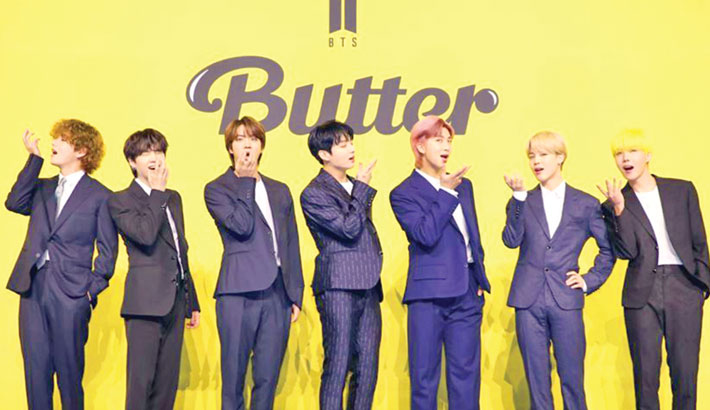 Popular Korean pop band BTS released their single, ‘Butter’ on May 21, and it has already a few world records to its name. Guinness World Records confirmed that the music video has the most viewers for the premiere of a video on YouTube, it is the most-viewed YouTube music video in 24 hours and it is also the most streamed track on Spotify in the first 24 hours.

Upon its release, ‘Butter’ recorded 3.9 million concurrent views on YouTube, thus becoming the most-viewed music video in 24 hours on the platform. The record was previously held by BTS’ first English single Dynamite. At the time of publishing this article, the music video, titled BTS ‘Butter’ Official MV, has over 217 million views.

As per Guinness World Records, “Butter” also registered the most number of views within 24 hours of its release with over 108 million views. It also became the most-viewed YouTube music video in 24 hours by a K-pop group.

Besides ruling YouTube, the single also broke the record of most streamed track on Spotify in 24 hours with over 11 million global streams. It left behind Ed Sheeran and Justin Bieber’s track ‘I Don’t Care’ by 64,946 streams.

In an interview with Rolling Stone, Butter was called “a pure, swaggering dance-pop celebration in the retro vein of Bruno Mars, with layers of Jam and Lewis-style synths.” The group’s leader RM said it was “very energetic and very summery,” with a “dynamic performance.”