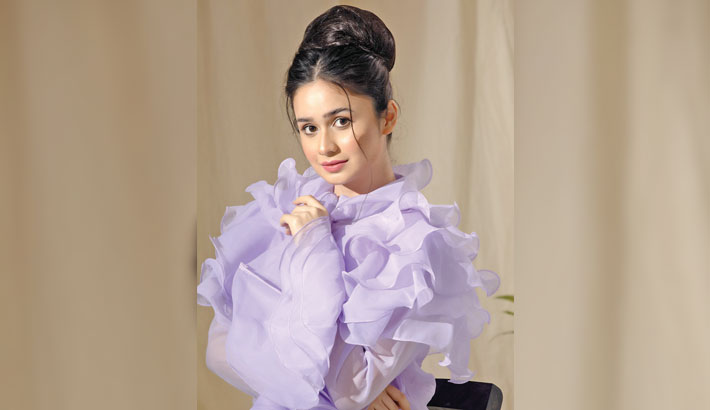 All the three films are waiting for their release date.

About her three upcoming films, Oishee said, “I’m very excited about the films. I feel very lucky   that I have acted in three films within a very short time after started my career in the film industry. I think, it was a big opportunity for me to work opposite popular actors Arifin Shuvo, Yash Rohan and talented artiste Tanvir. I’ve learnt a lot from my co-artistes.”

“The stories of the three films are very nice. I’m eagerly waiting for the release of my new films. I also express my gratitude to all the directors of the films to keep their faith in me. I hope the audience will also enjoy the movies.”

Jannatul Ferdous Oishee is a model and actor of the country. Oishee started her career in the media after crowned Miss World Bangladesh 2018. She first stood before camera as a model for a TVC of telecom company Grameen Phone under the direction of Adnan Al Rajib.

On the work front, before the start of ongoing lockdown Oishee appeared as a model in an advertisement of parachute coconut oil directed by Amitabh Reza Chowdhury.