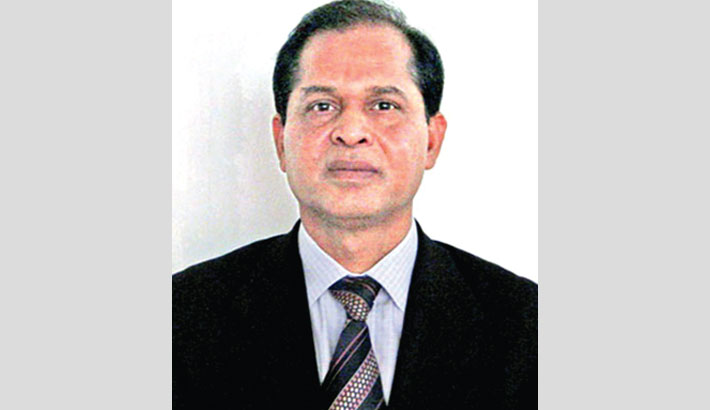 The reports published very recently in the ‘Daily Sun’ and ‘Kaler Kantho’ about the quality of imported bitumen might, by this time, have attracted the notice of the authorities concerned. Those reports have also revealed that a huge amount of money is being laundered every year in the guise of low-grade bitumen imports. The story behind the use of low-quality bitumen or kerosene-mixed bitumen in our roads is not something new like many other matters this country experiences now and then. We are so much accustomed to such practices since our independence that caused delay in the development of this country. The people behind all such evil activities are so powerful that defying all systems and establishments of the government, they prove their capability in fulfilling their targets. Obviously, the purpose of their efforts is their personal benefits, not the well-being of the country.

According to available data, Bangladesh has around 22,419-kilometre roads across the country, of which around 3,980 km roads are used as national highway, 4897 km roads as regional highway and 13541 km roads are constructed at the district level. Bitumen is one of the major ingredients for the construction of these roads like all other countries of the world. There is direction from our government that bitumen of 60/70 grade should be used while constructing our roads. If 80 or 100 grade bitumen is used, our roads would get dilapidated as those grades are more liquid and cannot sustain long. In fact, the quality as well as thickness of bitumen used during the construction of roads defines the sustainability and durability of these roads. We, the people of Bangladesh, witness the ultimate results of using very low-quality bitumen while constructing our roads, which within a few months after carpeting start dilapidating or damaging that caused peoples’ boundless sufferings during movements. This is nothing secret; everyone in this country knows this game of wasting public money.

I was in Malaysia for about sixty-six months. Except its two states Sabah and Sarawak, all other eleven states are connected with the capital city Kuala Lumpur by roads. I used to travel by my car to those states. In my journey, I never experienced sufferings due to dilapidated/damaged roads, like my own country. The national highways or local roads are well organized and maintained that you will feel comfortable in your journey between two places, cities or states and maintain your scheduled programmes. Malaysia, being an equatorial country, is hot and humid throughout the year. The average rainfall is 250 centimetres and the average temperature is 27-degree Celsius.  In fact, rains are there around the year. Having so much rains and temperature, the country never faces any such damage of its roads or highways due to bitumen quality. Malaysia is one of the countries having the best road communication system in the world. Might be as an oil producing country, it can provide appropriate grades of bitumen for its own roads. On the other hand, people involved in construction and maintenance of roads in Malaysia might not have the opportunity to use low-quality bitumen.

We know that Bangladesh imports more than 80 per cent of the total bitumen it needs from the Gulf countries. The only local producer, Eastern Refinery, can supply less than 20 per cent of the total demand. That is why import of bitumen is one of the safest ways for money laundering. Money is laundered through over-invoicing in the price of bitumen as wished by the Bangladeshi importers. According to those reports, during the first nine months of the current fiscal year, 42 companies imported 19,661 tonnes of bitumen worth Tk. 1,110 crore. Though the importers declared that their imported bitumen was 60/70 grade, but the newspapers reports said that the bitumen was found to be 102, 95 and 98 in a laboratory test. Referring to Chattogram Customs, those reports have further mentioned that around Tk. 1,428 crore is laundered to the Gulf countries every year through over-invoicing while bitumen is imported. However, it remains unveiled how the Bangladeshi importers collect their laundered money from the exporters.

Those reports also contain some suggestions like (1) banks should verify the price of the product in the international market at the time of opening the L/C; (2) authorities concerned should have enough vigilance team to verify the quality of bitumen; (3)  the Financial Intelligence Unit of Bangladesh Bank can identify the offenders and bring them to book; (4) proper monitoring and ensuring the quality of bitumen can save the country from indirect loss of public money in road maintenance and repair and (5) as the loads on roads are getting heavier, quality bitumen should be used in constructing roads.

If we analyse the entire situation, we can see that a huge amount of public money is going to- (1) importers, (2) exporters for arranging fake documents and other activities on their sides including cooperation in money laundering, (3) contractors, and (4) authorities allowing the contractors using this low-grade bitumen bypassing appropriate quality as fixed by the government for construction of our roads.

I believe that there exist ways to use low-quality bitumen in our country; otherwise, why our importers are taking that chance. People involved in the construction works of roads and the importers of low-quality bitumen are well connected. There is no doubt that their network is spread all over Bangladesh.  If a user of bitumen, before taking supply of bitumen from any importer, has the obligation to test the bitumen quality, this situation could have been avoided. Furthermore, if there was no way to bring low-grade bitumen into the country, the contractors could not find any way except using quality bitumen. There should be an authority to take that responsibility.

We may recall that one of our MPs (though he lost his seat) was convicted by a Kuwaiti court a few months ago for his criminal activities. Even his Kuwaiti associates were sent to prison for assisting him in committing those crimes. We believe that our government should proceed immediately to bring the importers involved in laundering money through imports of low-quality bitumen as well as the foreign exporters assisting our importers in doing all such activities including siphoning the additional money sent under over-invoicing to the accounts of our importers kept in foreign countries. Both importers and exporters are involved in this process for monetary gains. If lower quality bitumen is allowed to import further, then the loopholes will remain there to undertake wrong ways at any opportune moments.

Our government might also think of introducing tests for ensuring the quality as well as the effectiveness of the imported bitumen. The tests could be performed in two stages: once a shipment reaches any port of entry in Bangladesh and for the second time, before the use that bitumen in roads. This issue should not be compromised at any cost. Therefore, the government should provide all logistics and facilities so that tests are done correctly. Without the certification of the authorised agencies, no bitumen should be allowed for marketing in Bangladesh. However, the certification authorities should be manned by honest people.

In addition to all suggestions and comments mentioned above, we also urge our government to (a) form an investigation committee to look into the issues of import of low-quality bitumen and money laundering, (b) make country-wise lists of those foreign exporters of bitumen as well as Bangladeshi importers, (c) give those data to the governments of those exporting countries through either our missions in those countries or missions of those countries in Dhaka, and (d) instruct our missions to liaise the entire investigation efforts with the local authorities as required.

Roads communication system is one of the major concerns for a country’s development. As Bangladesh is marching along the path towards a developed nation, it has no choice but to ensure a well-constructed and -maintained road-connectivity across the country. Besides development, such roads communication would facilitate the establishment of a strong national security system. If we have that commitment, it would not take so much time to eradicate all the on-going black activities running under the import of black bitumen.