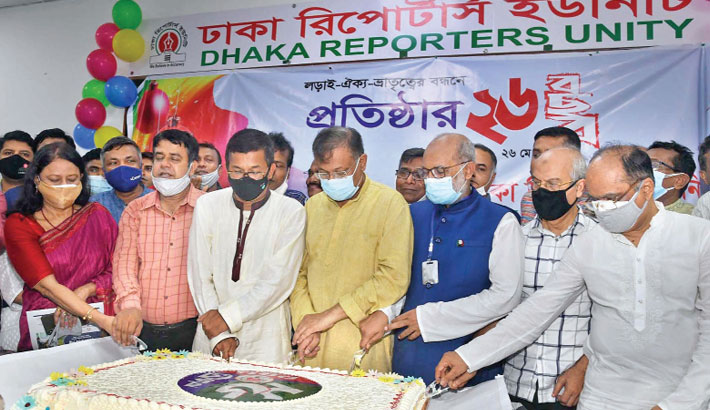 Information and Broadcasting Minister Dr Hasan Mahmud on Wednesday said stray incidents cannot damage the relationship between the journalists and the government.

“Some stray incidents cannot destroy the government’s cordial relationship with the journalists,” he said.

Hasan Mahmud, also a joint general secretary of the ruling Awami League, made the statement while addressing a programme, marking the 26th founding anniversary of Dhaka Reporters Unity, on its office premises at Segunbagicha in the capital.

The remark came up at the function as the journalist community staged demonstration against the arrest of journo Rozina Islam.

Referring to government initiatives for the media and journalist, Hasan said the number of newspaper has increased and the scope of journalism has been extended than the past.

“At the same time many challenges have been created. Those challenges are some mushroomed online portals and some newspapers which have declaration but aren’t involved in journalism. For these reasons mainstream journalists are earning bad name,” he said.

“So, these should be addressed,” he added.

While addressing a function, organised by Bangladesh Buddhist Cultural Council, at Shahbagh in the capital marking Buddha Purnima, Hasan said the rise of Bangladesh took place with an aim to create a non-communal state.

Hasan urged all the Buddhist people to pray on this holy day so that the cyclone ‘Yaas’ gets weakened before making landfall and the world becomes free from coronavirus soon.

He greeted the members of the country’s Buddhist community on the occasion, an auspicious day that marks the birth anniversary of Gautam Buddha, the founder of Buddhism.