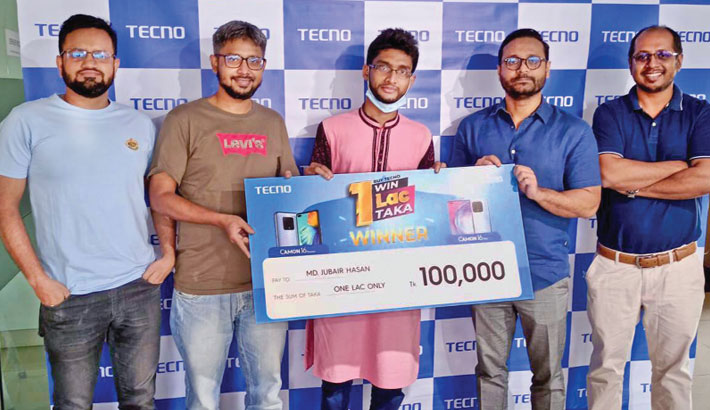 TECNO distributed prizes among the winners of cashback offer campaign launched by the company on May 3 last with two of their CAMON series smartphones.

During the campaign, TECNO announced a cashback offer ranging from Tk. 2,000 to Tk 1 lakh on the purchase of the state-of-the-art CAMON 16 Premier and CAMON 16 Pro phones.

As part of the campaign, TECNO authorities handed over the prize money Tk. 1 lakh to the first lucky winner on Tuesday, said a press release.

On the other hand, buying a CAMON 16 Pro guaranteed cashback ranging from Tk 2,000 to Tk 1 lakh or a chance to win another CAMON 16 Pro phone for free.