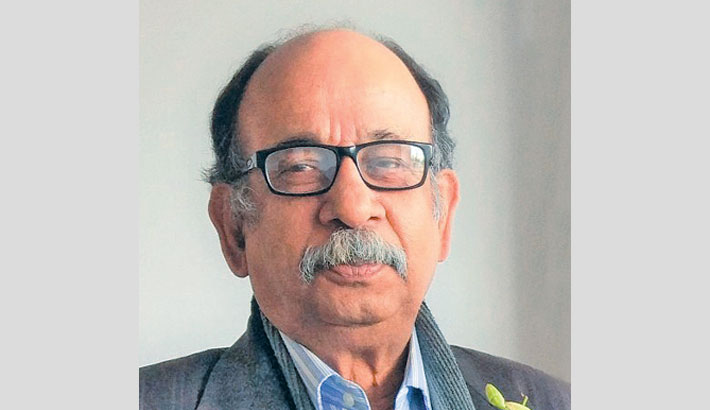 Ekushey Padak recipient and Bangla Academy Director General Poet Habibullah Sirajee passed away at a city hospital on Monday night at the age of 73.

Sirajee had been suffering from colon cancer.

In a condolence message, the head of the state prayed for the eternal peace of the departed soul and conveyed deep sympathy to the bereaved family.

In a condolence message at the demise of the Ekushey Award winning poet and writer, Sheikh Hasina said Habibullah Sirajee highlighted the War of Liberation and progressiveness in his poem and works, which would be remembered by the readers.

The premier prayed for eternal peace of the departed soul and conveyed deep sympathy to the bereaved family.

Sirajee, who graduated from the Bangladesh University of Engineering and Technology, was the recipient of various local and foreign awards, including Ekushey Padak in 2016 and Bangla Academy Literary Award in 1991.

He left behind wife, sons and a host of relatives and well wishers to mourn his death.

Sirajee was born to Abul Hossen Sirajee and Jahanara Begum couple on December 31 in 1948 at Rasulpur village of Faridpur district.

He passed secondary examination from Faridpur Jilla School in 1964, higher secondary in 1966 from Faridpur Rajendra College and completed graduation in engineering from BUET in 1970.

He authored around 50 books which included literature, article and memoirs during his lifetime. He received prestigious Ekhusey Padak in 2016 for poetry and was adorned with Bangla Academy Sahittya Award in 1991.

The poet was undergoing treatment at Bangladesh Specialised Hospital. His body was taken to Bangla Academy at 9:55am on Tuesday for paying last respect.

His first namaj-e-janaza was also held on the Academy premises.

He was buried at Azimpur graveyard after second namaj-e-janaza there.

State Minister for Cultural Affairs KM Khalid in a condolence message prayed for eternal peace of the departed soul and conveyed deep sympathy to the bereaved family.

“Poet Habibullah Sirajee played a significant role in forming Jatiya Kabita Parishad during 1980’s. He highlighted war of independence and progressive outlook in his poetry and works,” he said.