‘Leader: Ami e Bangladesh’ to be released on Eid-ul-Azha 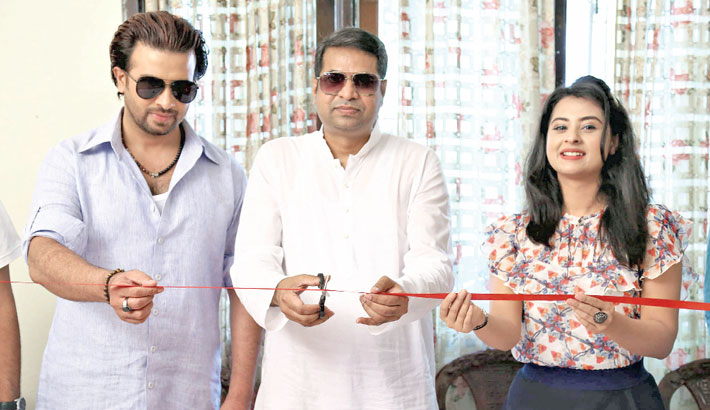 The shooting of audience-admired Dhallywood actors Shakib Khan and Shobnom Bubly starrer movie ‘Leader: Ami e Bangladesh’ began at a location in the capital’s Uttara area on Tuesday.  The shooting of the film produced by Bengal Multimedia started through a muharat programme maintaining all the health guidelines.

Shakib Khan said, “It’s really appreciable that the preparation and arrangement for the movie have been taken by Bengal Multimedia. Please pray for us that we can finish all the work perfectly.”

Shobnom Bubly said, “In the film, my character is quite difficult. I’ve taken all the preparation as per the character.”

Bengal Multimedia’s director Syed Ashik Rahman said, “We have started the shooting as per pre-announcement. We have a plan to complete the shooting within 30-day. After that, we will do the post-production work for another 30 days. Hopefully, the movie will be released on the upcoming Eid-ul-Azha.”

Director Topu Khan said, “In the meantime, we have unveiled the looks of Shakib Khan and Bubly. I hope all things will end well.”