Some Findings in Education 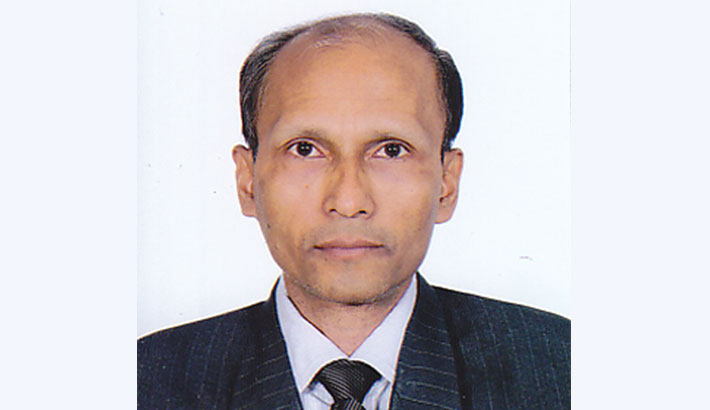 The Non-government research organisation Power and Participatory Research Centre (PPRC) and BRAC University of Development and Governance (BIGD) jointly conducted research that recommends opening the schools to prevent dropout rate while presenting the findings. The telephonic survey was conducted across the country on how poverty changes its shape due to the coronavirus pandemic, spanning from April 2020 to March 2021. The second part of the third stage is ‘the impact of Covid-19 on the education of children’. The survey was conducted on 6 thousand 99 families, giving importance to three issues. Those are types of school, location of school and sex of the respondents. Ultra poor, middle poor, risky poor and not poor families took part in the survey.  The research reveals that 19 per cent of students of primary level and 25 per cent of the secondary level are out of their usual study activities, raising the concern of their parents. Before the pandemic, 21 per cent of school-going children of secondary level and 14 per cent of primary level used to drop out and the trend increases now. Coronavirus has ransacked the usual routine and life of the students who got admission to schools. Many of them have stopped their education. However, six ways – self-study without any supervision, studying with the help of family members, distance education through online or TV, coaching and private and transferring from school to madrasa – have been identified in the study through which learners continue their studies. The risk has developed due to not studying systematically and without proper supervision. If proper measures are not taken they will lose their already acquired learning and ultimately drop out. Almost 26 per cent of girls and 30 percent of boys of urban areas run the risk of learning loss. The ultra-poor family children going to secondary school may drop out 33 per cent due to financial crisis during the coronavirus pandemic.

The research also reveals that 26 per cent of girls and 30 per cent of boys see the risk of learning loss. Around 33 per cent of children studying in secondary schools of ultra-poor families may have the risk of leaving schools and only ten per cent of students receive education using distance learning mode. But those who live in slums and not so poor show a little bit higher rate. Moreover, 61 per cent of students of the secondary level go to coaching or private tuition and this rate is 74 per cent who are not a little bit financially solvent. The students receive more help from parents and family members at the primary level but less at the secondary level that must be an important finding.  The tendency to study in madrasa leaving schools has increased four-fold and expenditure to get enrolled in madrasas at the primary level has doubly increased. We can learn from the research presentation that 95 per cent of guardians show interest in sending their children back to school, although their economic condition appears with a grim face. From June 2020 to March 2021, the education expenditure has increased twelve times, creating a crisis in offering education facilities to the learners. School-going children have got involved in income-generating activities and this rate is 8 per cent among boys and 3 per cent among girls. The children aged between ten and twenty suffer double mental pressure in 15.7 per cent in urban and 8.4 per cent in rural areas. The symptoms of this pressure are identified as becoming impatient, showing anger and getting afraid of going outside. Becoming afraid of going out is more in rural area students than in countrysides.  Parents’ conduct and involvement in their wards’ education have also been observed. The observation shows about 48 per cent of parents are concerned about the learning loss of their children, whereas 59 per cent are concerned about their wards’ reluctance to study. About 46 per cent of guardians are anxious about increased education expenditure, while only 14 per cent of parents express their concern about corona infection. About 44 per cent are anxious about the debarred examinations. Around 31 per cent of guardians express their concern about the job opportunity with the auto pass certificate in the future.

Three principal crises have come out because of the long time closure of schools, and those are learning loss, increase of educational expenditure and social distance in different levels, creating a dangerous vacuum in many aspects of our personal, social and state life. Therefore, the opening of schools to decrease the students’ averseness to study and narrow guardians’ fear and anxiety for education stands a big voice. A mixed-method, however, needs to be applied as preventive measures before opening schools. About sixty lakh students of primary and secondary level are prone to dropout risk. They need to be lifted. Demand comes from Hosssain Zillur Rahman, the former advisor to Caretaker Government, that the government should allocate Tk 500 per month for these children that will cost a total of two thousand 960 crore taka. BIGD also placed the same request to the government. We endorse their thoughts and requests to the government, and it should be ensured in the coming budget.  It is true that from the government’s end efforts were made to reach out to the learners as alternative means to education. Airing recorded class on Sangsad TV and radio channels can be cited that actually reached 56 per cent of students as this research ventilates. Of course, CAMPE reports this number as 49 per cent. Still, its effectiveness remains a big question that is really difficult to measure and no such report is available so far. World Economic Forum in one of its research findings revealed that 65 per cent of students, who are enrolled in primary education now, will see a different picture when they will have to enter the job market. It clearly gives the message that our education must correspond to the fast-changing world and due to the coronavirus pandemic it must be faster.