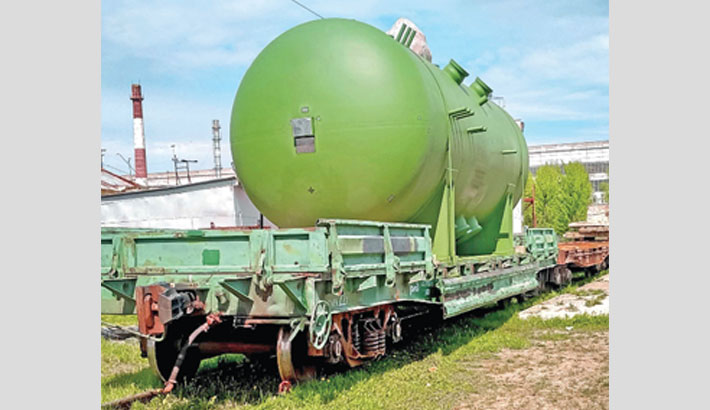 ZIO-Podolsk JSC, a part of the machine building division of Rosatom, has manufactured and shipped separate tank of the moisture separator reheater for unit 2 of the Rooppur Neculear Power Plant in Bangladesh.

The separate tank is designed to collect moisture separated in MSR. It is a horizontal cylindrical vessel which consists of a body, a manhole, inlet and discharge pipes inside the device. Internal partition with shut-off devices ensures  the specified level of the separator in different operating modes of the NPP unit. The equipment weighs 41 tons and has a 50-year operating life, said a release.

Design documentation was developed by the nuclear plants division’s specialists of the Department of Nuclear Engineering Equipment ZIO-Podolsk JSC.

Rooppur NPP is designed and built by a Russian project. The NPP will consist of two power units with an electrical capacity of 1,200 MW each and VVER reactors of generation 3+.