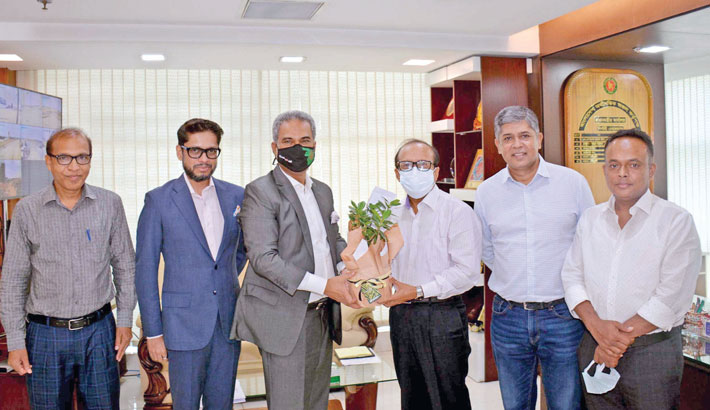 Bangladesh Garments Manufacturers and Exporters Association (BGMEA) handed over a cheque of Tk158.5 million to the Bangladesh Economic Zones Authority (BEZA) as a payment by eight garment factories for getting land allotment in the garment park.

A delegation of BGMEA led by its President Faruque Hassan handed over the cheque to BEZA Executive Chairman Paban Chowdhury at BEZA office in Dhaka on Tuesday.

They also had discussion on the progress of setting up the garment village at Bangabandhu Sheikh Mujib Shilpa Nagar (BSMSN).

BGMEA President Faruque Hassan thanked the BEZA for developing the industrial park and leasing land to set up garment factories at BSMSN.

He also expressed hope that the state-of-the-art garment factories in the industrial park will generate more employments and contribute to the country’s economy with export earnings.