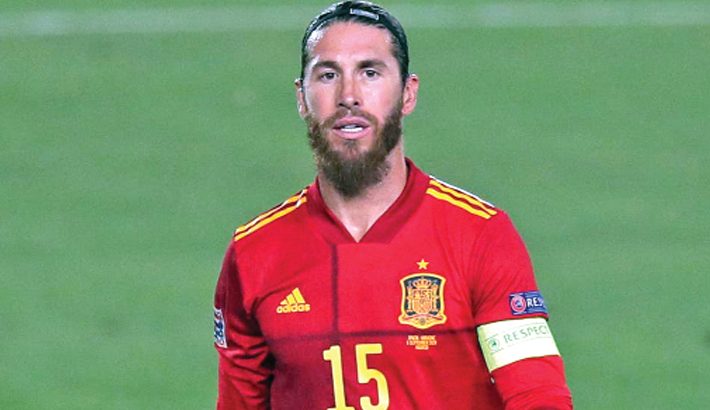 Ramos, the 35-year-old Real Madrid captain has struggled with injury this season and has featured just five times since the start of the year.

"It was a very difficult decision but he has not been able to play this season and has hardly trained since January," Luis Enrique told the press conference as he announced a 24-man squad.

"I called him yesterday (Sunday), it was hard, difficult. I feel bad, because he is very professional and he helps the national team a lot. And he can still help it in the future. But I have to look for the best for the squad," the coach said.

The absence of Ramos means there is not a single Madrid player in the Spain squad.

Laporte, a 26-year-old Manchester City defender, was born in southwest France and was called up three times for Les Blues but never made it onto the pitch.