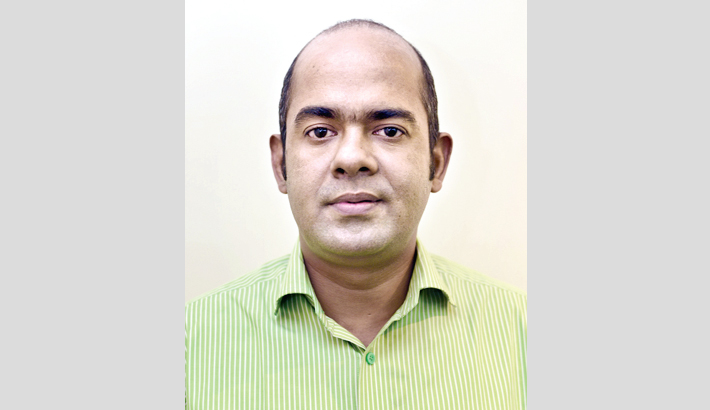 The number of bank account holders has gone up by leaps and bounds in lockstep with the uptick in vibrant economic activities in the country over the last decade. Nowadays, even school-going children are familiar with mobile or internet banking and they are capable enough to do necessary banking tasks using laptops or mobile phones. However, there was a time when opening a bank account using a mobile handset with no intervention of bank officials was unheard of in the country. Much to the relief of people in this pandemic time, with the rolling out of new apps, the three most significant banking functions: account registration, account login and transaction procedures are possible at the touch of a button. 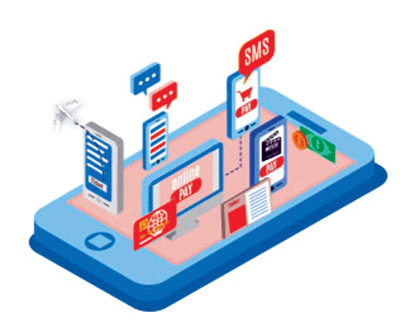 Needless to say that from bank cards and online banking to massive scale business-to-business transactions, the modern economy is reliant on the regular and instantaneous movement of funds. Given that banks and other financial institutions are, of late, picking up the pace enabling users to carry out most banking functions sitting at their home.

Apart from outreaching services to more people both in rural and urban areas, branchless banking offers tremendous promise to facilitate financial inclusion. Under the new regime customers no longer need to carry large amounts of currency or travel long distances to make payments. The system can be viewed as an improvement to physical security as well as health safety as far as the ongoing health crisis is concerned.

It is also helping banks cut down on overhead costs of doing business efficiently as the expenditure of digital banking is much less than the manual ones. These are all well and good for the country’s banking sector, but what about the crowds and long queues of the service seekers at the bank premises even after the banks adding all the bells and whistles to their services that allows the latter to do necessary banking functions from home? Let us look at these things.

In the run up to the just-ended Eid, the country's financial sector witnessed a boom in daily transactions. A report on it ran by this paper says banks experienced a huge influx of transactions as people crowded in banks to withdraw money and make other necessary payments ahead of Eid-ul-Fitr. Bangladesh Bank (BB) sources said the transaction figures hit a record high of Tk. 105 billion a day on May 9. Of them, 8 lakh transactions worth only TK. 20 billion or 21 per cent were made through the Electronic Fund Transfer (EFT) exploiting digital media.

How one could reconcile the fact that while lenders are widening their financial services in the remotest parts of the country riding on the digital means and trying to introduce lending services for clients from all walks of life through mobile financial services (MFS) providers, hundreds of people, throwing caution to the wind, are queuing up at the bank branches to seek services? Nobody expects an either-or approach here as people may well visit banks in urgent need. But then, banks cannot shrug off their responsibility to conduct awareness building on using digital services that can help their clients eschew non-essential visits to bank branches.

But easier said than done, as currently there are a staggering 130 million deposit accounts in the country as per the central bank data, and the majority of the account holders still prefer manual banking to digital ones. As a matter of fact, a private bank was first to set about cash machines in the country more than two and a half decades ago. The initiative, however, leaves a lot to be desired, as evidenced by the rush of the people needing to withdraw a paltry amount of money to outlets ignoring the prevailing health crisis. It implies that a considerable number of customers are still reluctant to and are not used to using ATM booths.

Although reasons are varying, ignorance of technological aspects on part of the customers, higher gadget prices and security concerns such as incidents of ATM fraud and cyber security breach, which are not uncommon in the country, coupled with a growing deficit in faith in the system are to blame for not going for digital banking.

So, the bank authorities must step in to educate their customers about their newly minted digital offers. Aside from seminars or symposiums, making bank-sponsored video montages containing the method of using the products available on social media can come in handy. Duty waiver on technology items such as Smartphones could work wonders with the lower income group to own mobile phones, which is a prerequisite for using any offer of digital banking.

Security concern is a major bottleneck for which a significant number of people shy away from branchless banking. Even though it is difficult for consumers to do much about this problem, a public education campaign about cybersecurity is needed. However, the lack of infrastructure and literacy rate may come as deadweight on such a campaign.

On the other hand, the mobile apps intended for banking functions do not provide any meaningful information about the technical details of their security when the marketing campaigns associated with them claim that they are strong. But the proof of the pudding is in the eating as far as incidents of security infringement are concerned.

As actions speak louder than words, the bank authorities and developers of such apps should come forward to translate the security rhetoric into action to allay public fear in using apps. Overall, all stakeholders must pitch in together and with due diligence to make branchless banking a meaningful one. It would help kill two birds with one stone: reducing crowds at banks while having a role in containing the ongoing pandemic.

The writer is an Associate Engineer, Thakral Information Systems Pvt. Ltd and can be reached at: [email protected]