Tip of the Iceberg 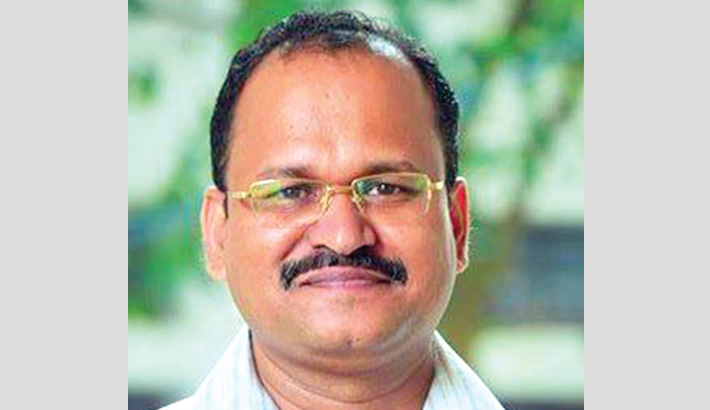 The author of ‘Arthashastra’, Kautilya made a very cogent remark about corruption in the public sector a long while ago. As per his remark, it is difficult to determine whether a fish drinks water in water. Just like that it is difficult to ascertain whether a government official takes public money while he is always in the job of dealing with public money. This is not to imply that all governmental employees, for that matter, other incumbents elsewhere, are corrupt or are used to misappropriating public money but to say that it is really difficult to ward off the very ‘temptation’.

In fact, corruption is not a new phenomenon. From the very inception of humankind, corrupt tendencies are innate in humans. An anecdote says that Almighty Allah instructed Hazrat Adam (Aliaassalam) not to eat forbidden fruit in the heavens. However, the prophet ate it and was thus expelled from the heavens. In fact, temptation is such a thing that even prophets could not resist. Even in the modern world, corruption is prevalent in most of the countries. Some countries have been able to control it to a degree, not fully though. Various types and dimensions of corruption still haunt many countries with the developing ones being the hard-hit.

Two decades or so ago, Bangladesh topped the position of most corrupt country in the world for four consecutive times (2001-2004) in the Transparency International report. It gives a clue as to which extent corruption has taken its roots in the country. After that period of ignominy, Bangladesh’s position improved statistically. Currently, Bangladesh’s position is 26th out of 180 countries. However, it is lamentable that, among South Asian countries, Bangladesh is just ahead of Afghanistan. Thus, does it mean that corruption has dwindled in the country? No, not at all, to all intents and purposes.

The experts are of the view that either other countries have become more corruption-prone or corruption reports have come down in our country due to various constraints faced by the media. Various research and media reports regarding corruption in Bangladesh almost consistently claim that almost no service is available in the country without bribing the concerned officials or staffs. In fact, one does not need to depend on reports of any research organisation only to find veracity of the observation that corruption is ubiquitous in the country. Just visiting an office for any essential service will make things crystal clear.

People having connections in such offices may, however, have better experiences. In fact, a good number of government officials are very honest and try to remain aloof from corruption. They also try to help the common people who approach them for cooperation. However, at times, it is really difficult to reach the high officials bypassing the petty officers or the lower level employees. In some cases, lower level employees keep the high officials in the dark and harass the service users. Though high officials are not always involved in such harassments, it is difficult for them to resist such malpractices due to lack of information and time.

Recent mistreatment and unprecedented detention of a female journalist, known for unearthing graft, at the Secretariat is an indication of the fact that some people are not ready to accept any criticism whatsoever and will do whatever is required to keep their dealings untouchable. They have shown their prowess with sheer exhibition of positional power with the help of age-old laws. In fact, they seem to have grown so mighty that they are now in a position to influence the politicians as well. Knowingly or unknowingly, even seasoned politicians seem to be yielding to their pressure now.

Media are called the fourth state. In furtherance of good governance, the role of media is crucial. The role of media becomes all the more necessary and vital where opposition political parties are weak and the civil society groups are either divided or disorganised. In fact, mainstream media and various civil society groups have been playing an active and appreciable role in our country for improving the overall governance and checking corruption. The graft reports that appear in the media work as clues for governmental bodies to probe and take necessary actions and thus government's purpose is served.

Corrupt people are very clever and know how to keep their misdeeds under cover. Few corruption cases come to light by virtue of investigative journalism. In Bangladesh, there is a law   namely Public Interest Information Disclosure Act (Provide Protection), 2011 in the light of Whistleblowers Act, 1989 of USA. The aim of that Act is to protect the security of the people who inform of corruption to the competent authorities. Without giving attention to implementation of the Act, key to prevention of corruption and ensuring professional integrity, there now seems a new development to use the hackneyed Official Secrets Act, 1923 against possible disclosure of grafts.

The new attempt is indeed an irony and a great disservice to the cause of much talked-about ‘National Integrity’. Public officials are no doubt the most privileged sections in the country. A job in the public service gives them job security, financial emoluments, social status and many more facilities. With such facilities, they can easily lead their lives very comfortably. Despite such affluence, thanks to the very nature of their jobs, a section of such officials and employees seem to get addicted to misappropriation and corruption. And, the intoxication is such that they become fully subdued by the same. Consequently, some of them get involved in embezzlement, rent seeking and bribery.

To be candid, the information of corruption we get from the media is just the tip of the iceberg. However, even the scanty information available is enough to blow one’s mind. Anti-graft bodies are trying to probe into some allegations. However, even making allegations is highly risky these days. With intimidation of the said journalist, investigative journalism may well be forced to get into shelves. Consequently, even the iota of information about corruption may well become a rarity. Thus, the pigeon is now with the political leadership to keep the hopes alive or to gag and strangulate the channel of information.

The writer is a Professor, Department of Public Administration and Chancellor’s Nominee Syndicate Member, University of Chittagong. Email: [email protected]