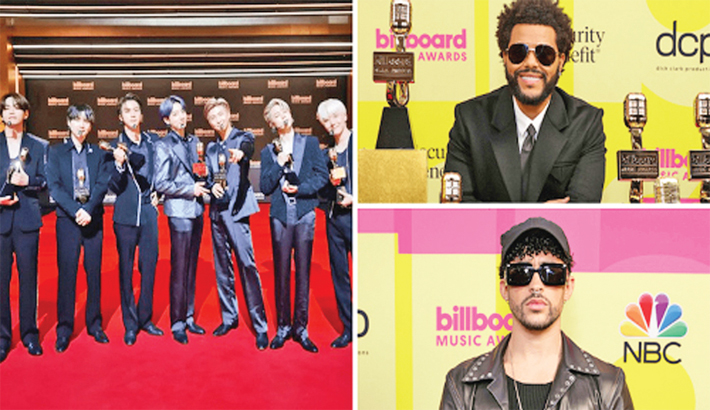 Rapper Drake was named the artist of the decade. He accepted the award with his 3-year-old son. Singer-songwriter Pink received the Icon Award and was joined onstage by her 9-year-old daughter.

He also performed his song Save Your Tears in the parking lot, later in the show.