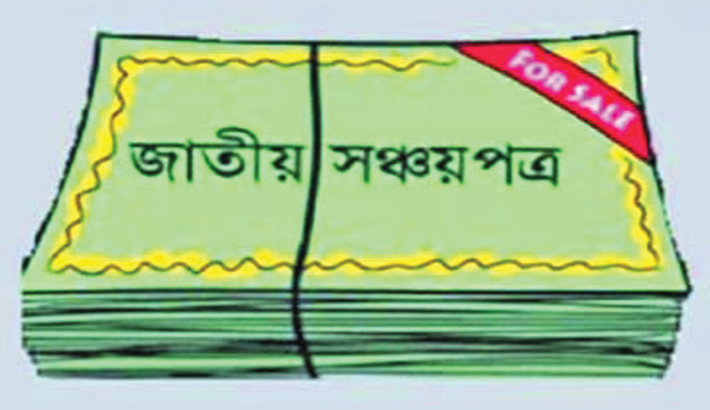 The government’s debt dependence on saving certificate may soar to Tk 320 billion in the upcoming 2021-22 fiscal, sources at the finance ministry said.

“The economic relation division (ERD) has been examining a proposal to increase the interest rate on the saving certificates to benefit the middle income and lower-middle groups of people considering the pandemic situation. But the issue is very sensitive and the government’s policymakers will finalise the matter,” said Nazma Mobarek, additional secretary of the finance ministry.

She told Daily Sun that the government is likely to increase debt target from saving tools to Tk 320 billion for FY 22.

The pensioners, lower and middle-income group have been benefiting from savings certificates as it is considered as a safe investment for the depositors. Besides, savings certificates are also the most attractive in terms of guaranteed and maximum profit, at least compared to fixed deposits in commercial banks and investments in the stock markets.

The weighted average interest rate on bank deposits dropped to 4.54 per cent in December last from 4.64 per cent a month ago, Bangladesh Bank data showed. The current interest rate is lower than the inflation rate.

The interest rates on bank deposits have declined significantly after introducing a single digit lending rate. As a result, people are more interested in savings certificates than bank deposits.

To meet the budget deficit, the government fixed the borrowing target from saving certificates at Tk 200 billion for the outgoing fiscal 2020-21, later the target was raised to Tk 300 billion.  The government has borrowed Tk 860 billion in nine months of the current fiscal year, the highest in the country’s history. If this borrowing spree continues, the total fiscal debt from saving certificates may reach Tk 1010 billion, economists have said.

Currently, a customer can buy saving certificates of Tk 50 lakh in a single name while Tk 1 crore in joint names.

There is an opportunity to change the nominee name also, said Maksuda Khatun, Director General of National Saving Directorate (NSD). However, a pensioner can invest a maximum of Tk 1 crore under a single name, she said.

Earlier, a person could invest the maximum amount in multiple schemes. But now, investors cannot invest more than Tk50 lakh, no matter into how many schemes they put their money in.