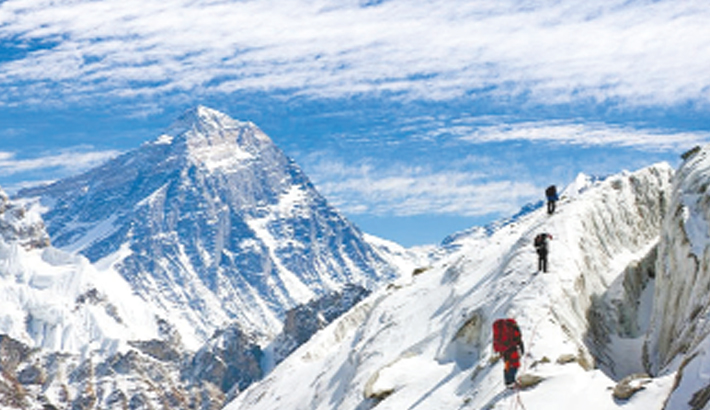 A Nepali government official said on Monday that many foreign climbers were continuing their attempts to summit Mount Everest despite reports of a COVID-19 outbreak at the base camp of the world’s tallest peak, reports Reuters.

In April, a Norwegian climber was evacuated from the base camp of the 8,848.86 metres (29,031.69 feet) mountain and flown to Kathmandu where he tested positive for COVID-19. He has since returned home. Lukas Furtenbach of the Austrian Furtenbach Adventures company, evacuated his team from the mountain this month saying there was a sharp rise in COVID-19 cases at the base camp. “So far we have about one hundred confirmed cases in Everest base camp, confirmed by doctors, by hospitals, by insurance companies, by expedition leaders, by helicopter pilots who are flying out the patients and of course by the climbers themselves,” Furtenbach told Reuters TV in Kathmandu on Monday.

But Mira Acharya, a director at the Department of Tourism that oversees climbing activities in Nepal’s mountains, said the government had not received any notice of a COVID-19 outbreak at the Everest base camp and that expeditions were continuing through the climbing season that ends next week.

When asked about the one hundred cases mentioned by Furtenbach, she said: “We have not received any report about that.”

“Even some climbers whose teams had stopped climbing are continuing their expeditions,” she told Reuters without giving any names.

“There is no panic among the climbers there,” said Acharya, who visited base camp this month. “If there were a few cases they were managed in time and well.”

On Sunday, about 180 foreign climbers and their Sherpa guides reached the peak and more are expected to go up this week, she said.

Nepal, which receives millions of dollars in income from climbers every year, issued 408 climbing permits for Everest for the April-May climbing season this year, after closing the peak last year due to the pandemic.

On Sunday, Nepal reported 513,241 infections and 6,346 deaths since the outbreak began, according to government data.