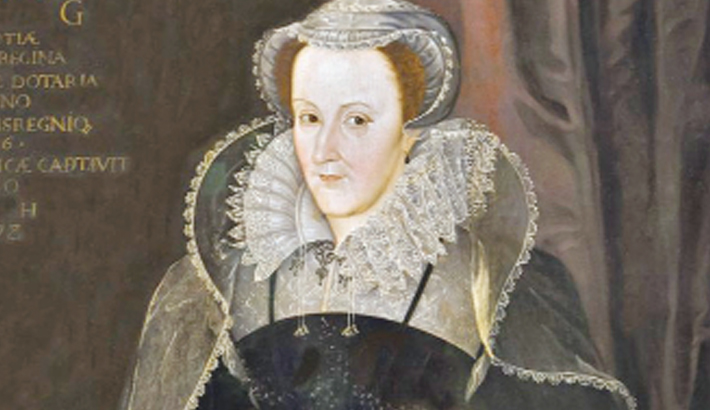 A set of gold rosary beads carried by Mary Queen of Scots at her execution in 1587 has been stolen along with more than £1m of gold and silver items in a raid on Arundel Castle, reports BBC. The artefacts were snatched from the West Sussex castle on Friday night.

Other pieces taken during the raid include coronation cups given by Mary to the Earl Marshal. An Arundel Castle spokesman said the stolen items were of “priceless historical importance”. The castle only reopened to the public on Tuesday. Staff were alerted to the break-in at 22:30 BST on Friday after a burglar alarm went off.

Sussex Police told the BBC the thieves entered through a window and smashed a glass cabinet to grab the items.

Det Con Molly O’Malley said the force thinks a 4x4 saloon found abandoned and on fire in nearby Barlavington “was linked”.

The castle spokesman said: “Various items have been stolen of great historical significance.

“The rosary is of little intrinsic value as metal, but as a piece of the Howard family history and the nation’s heritage it is irreplaceable.”

A spokesman for Arundel Castle Trustees said: “The stolen items have significant monetary value, but as unique artefacts of the Duke of Norfolk’s collection have immeasurably greater and priceless historical importance.

“We therefore urge anyone with information to come forward to the police to assist them in returning these treasures back where they belong.”

Andrew Griffiths, MP for Arundel and the South Downs, said it was “very sad” and described the theft as a “crime against the whole nation”.

Brighton & Hove Archaeological Society tweeted: “What terrible news from Arundel. This theft is from all of us. It is our heritage.”

Peter Squires, Professor of Criminology at the University of Brighton, said there was a “surprising amount of this kind of antiquities or cultural artefacts theft.”

He said items were often stolen to order and end up in the private collections of very rich people.

He told BBC Radio Sussex: “In war zones in the Middle East, there is a lot of evidence of museums being looted and the stolen items quickly finding themselves on to the dark web where they are bid on by dealers.

“Gold of course may just be melted down, which massively reduces its value, so to find someone who wants the items rather than just the bullion value is the thieves’ objective here.”

Det Con O’Malley urged people who were in Arundel on Friday evening and saw any suspicious activity around the area of the castle to contact the force either online or by calling 101, quoting Operation Deuce.

“The castle only re-opened to visitors on Tuesday 18 May, so if you were visiting during the past few days do you on reflection recall anyone behaving at all suspiciously?” he said.

“If you are offered or hear of anyone offering for sale any of the items stolen, we would also like to hear from you.”

Mary was born at Linlithgow Palace in 1542 and became queen when her father died soon after her birth.

However, Mary was taken to France in 1548 and Scotland was ruled by regents.