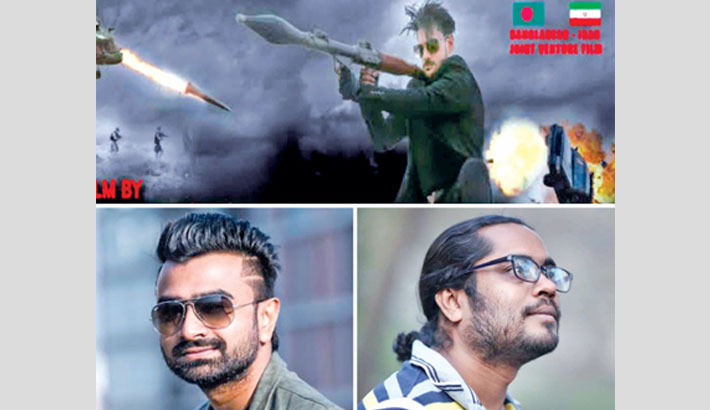 Popular singer Imran Mahmudul’s romantic song ‘Borsha Chokhe’ was released a few years ago. The audio track got huge popularity at that time. Now, the song will be used in the Ananta Jalil starrer big-budget movie ‘Din-The Day’.

The lyrics of the track have been penned by Tareq Ananda. Imran Mahmudul has tuned and composed the music of the song.

About the matter, Imran said, “After listening to the song, Ananta bhai (Ananta Jalil) wanted to use it for his upcoming movie ‘Din-The Day’. For that, I’ve rearranged the music of the track. I hope the audience will also like the song with new arrangement.”

Tareq Ananda said, “We have received huge positive response for ‘Borsha Chokhe’. Now, the audience will see the song on the big screen. I think they will also appreciate the song.”

Actor-producer Ananta Jalil said, “I always present something unique to the audience. In this continuation, the song has been filming beautifully. The viewers will love this song.”

Ananta Jalil’s upcoming film Din-The Day, a Bangladesh-Iran co-production, will hit the theatres on the occasion of upcoming Eid-ul-Adha.

Alongside Ananta Jalil and his wife Afiea Nusrat Barsha, popular actors from Lebanon and Iran will be seen in the Iranian film maker Murtaza Otash Jamjam- directed film.