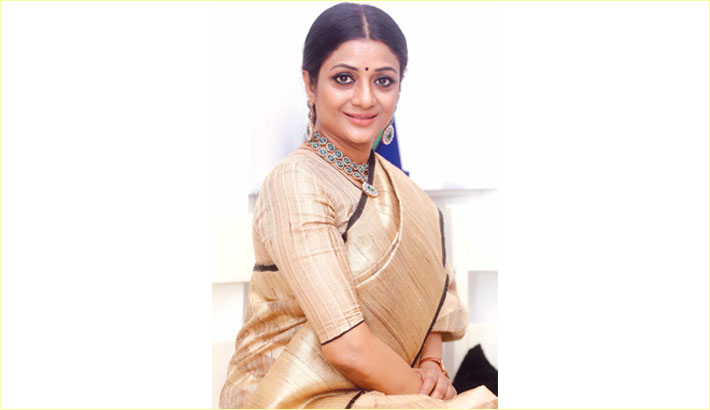 Tanvin Sweety is a popular television, stage, film actress and model of the country. She has been entertaining the audience for 30 years by her fabulous acting style.

After a long hiatus, she has recently appeared on a television commercial for a mobile financial service company. Since then, she is getting many offers for TVC but in this time, her only concentration on new drama serial ‘Gulshan Avenue session-2’.

In the meantime, she has begun second lot shooting of the drama serial recently. Written by Kolkata’s writer Shibashish Bandopadhyay, Nima Rahman is directing the drama. The serial will be aired on Banglavision soon.

About the drama serial, Sweety said, “The story of the serial is very nice. I will play the role of Roksana in the drama. Farzana Chumki, Deepa Khondokar, Shatapdi Wadud and others are my co-artistes in ‘Gulshan Avenue session-2. We all are trying our level best to portray ourselves according to the characters.”

“Viewers will get novelty in the drama serial. Nima apa is also making the drama with utmost care. I hope the audience will enjoy the serial very much,” she added.

Tanvin Sweety began her modeling career with Afzal Hossain’s Diamond Brand In 1991. Then,  she joined a theater troupe called ‘Theatre Group’. She has taken part in multiple stage plays, TV dramas and even films. She has come very far since her debut TV drama, ‘Godhuli Logone’.

On the workfront, her drama serial ‘Pichhutan’ directed by Zahid Hasan is being aired on Bangladesh Television (BTV). She also completed the shooting of a shortfilm named ‘Shati’ directed by Moin Bari before the start of ongoing lockdown. The actress is also waiting to start shooting for some dramas and serials.