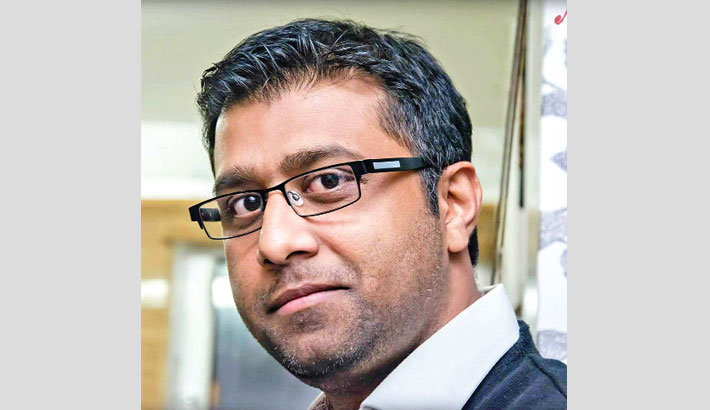 The judgment given by the trial court in the case of Mostofa murder was a matter of frustration and astonishment. The previous write-up on this series of articles repeatedly articulated the arguments and issues which function as a reasoning behind such astonishment. The subject matter of the observation was how the learned judges of the High Court Division of the Bangladesh Supreme Court analyzed the whole incident of the murder. In any legal jurisdiction, even if the judgment of a learned judge is the decider, it is possible to appeal against the judgment or decision up to a certain legal provision if one does not agree with it. The similar scenario can be seen in this case.

This will be the concluding episode of this series of write-ups on this topic. In the previous six episodes, detailed reasoning was drawn ranging from the political context of the murder case to the legal issues, which are somehow related to this whole incident. The issue of this write up would be the observation of the High Court Division and the Appellate Division of the Supreme Court in the light of the verdict of the speedy trial tribunal.

The point to be noted here is that the Honourable Court here is clearly saying, if it is ‘credible’. This means that the dying declaration is the "lifeblood" of the entire murder case, on the basis of which the Honourable Court has reached its conclusion. But one thing that amazes us again and again is that, despite the fact that the dying declaration of the deceased contradicts with the plaintiff's statement in this case, the learned judges perceive it to be a very small matter. And there is not any detailed explanation of why they opined as such, at least in these two courts. In the judgment of the High Court Division on page 10, however, the court clearly states that in the case of a dying declaration, it is a matter of ‘Some Degree of Caution’ (Shamsu vs. the State, 42 DLR). But has the learned court analyzed the ‘Some Degree of Caution’ theory at all according to its proper necessity? At least according to my observation, the whole point of the dying declaration has to go through scrutiny with caution and a 'threshold'; which has not been seen here. But what I have repeated over and over again from the very beginning is that this has been only found in the judgment of the Appellate Division in this case.

The Appellate Division made it very clear on page 12 of its judgment that, a close look at the dying declaration will reveal that it was recorded in such a manner if the maker was a normal person who suffered no disease or sustained any injury. It was neatly worded. At one stage the victim stated that “Masum point shot me in the leg with .5 pistols”, he was narrating the incident so meticulously as if he was a normal man. It was not at all practicable for a dying man to narrate the description of the pistol by which Masum shot at him. The use of the language, the words, coma, full stop are so neatly structured raises some amount of doubt as to the authenticity of the entire statement. This statement of the Appellate Division has been mentioned repeatedly in the previous write ups of this series; that the manner in which Mostofa made the dying declaration, it is impossible for such a scenario to have happened in the case of a person who died of 9 gunshot wounds. The learned judge of the Appellate Division directly seized on the statement and expressed strong doubts. Have we seen any of the steps taken by the High Court in any of the stages of this trial over the dying declaration of the victim Mostofa in its quest for ‘Some Degree of Caution’? No report of Mostofa's mental recovery has been observed in any of the stages of the trial. Although the victim’s wife's statement in the FIR had a clear discrepancy with the dying declaration over who shot her husband, the speedy trial court found it to be 'slight discrepancy'. Similarly we find in page 120 of the High Court judgment, it also referred to the discrepancy as 'some discrepancies'. According to the plaintiff, a man named Masud shot the deceased victim in the abdomen and chest, while the deceased victim did not name anyone named Masud. The charged person then says that Joseph later shot in the abdomen and chest, and thus the whole statement took a 360-degree turn. If the Honourable Judge observes it as 'slight discrepancy' or 'some discrepancy', it would leave me with nothing but utter disappointment.

Although the Appellate Division has in the end directly questioned this dying declaration and that an injured person cannot tell the story of such detailed information about the pistol (where the victim is a businessman, not an arms dealer) - as mentioned in the last episode. The Appellate Division also cited as reference the following two cases related to the issue of ‘dying declaration’, Abdul Razzaq vs. the State (18 DLR) and Tayyab Khan vs. the State (22 DLR)

The Appellate Division further states: But the High Court Division ought to have considered the non-disclosure of the appellant Kabil’s name at the initial stage and the disclosure after 8 days of the occurrence itself is a good ground to disbelieve it so far the appellant is concerned particularly when there is admitted enmity between the parties.

In an opinion in the judgement of the Appellate Division (page. 23), it is clear that  Tofail Ahmed Joseph, the accused in the case had political animosity with the deceased victim Mostofa, and as mentioned in the previous episode, Tofail Ahmed, Haris Ahmed and Anis Ahmed were implicated in the case out of political revenge. But in the previous judgments, the issue of political turmoil due to differences or animosity was not mentioned but the Appellate Division did mention it. Another noteworthy matter is the injury to the body of the deceased Mostofa. The prosecution’s witnesses described the signs as "septicemia shock" but did not say exactly what caused the death (The judgment of the Appellate Division, page. 24).

The Appellate Division also noted that they did not give the opinion that: “this positive opinion of the expert leads us to believe that the death of the deceased was not primarily due to the injuries caused by the accused persons.” To be more detailed, the Appellate Division states on page 26 of the judgment: “applicant is not alone responsible for the cause of death” - this means that the primary cause of Mostofa's death was not due to the framed accused at all. One thing to note here is that the defendant lawyer of the accused did not appear in the trial before the Appellate Division over ‘on merit’ argument; so when the lawyer does not even argue about it, as an observer there remains nothing to say. However my personal opinion is that the case against the accused Joseph, Harris and Anis Ahmed was extremely feeble and there was ample scope to prove the innocence of the accused as seen in this case. In the case where the plaintiff herself mentioned the name of a person named Masud to have shot the victim, her husband, in the abdomen and chest and later on the court acquitted that person, Masud; in the same case where Joseph, who is charged to have shot the victim in the knee and ankle, but at the same time the Honourable Appellate Division itself has acutely questioned the dying declaration with scepticism; it seemed very logical, reasonable and sensible that Tofail Ahmed Joseph, Harris Ahmed and Anis Ahmed, the accused in this case, could surely be acquitted there.

In concluding this long series of write-ups on the Mostofa murder case, I would say that from the very beginning of the case, there have been many irregularities, undue political influences and scandals in the recording of statements and evidences; in the investigation procedure and witness’s statements, especially in the case of dying declaration. In particular, the political dilemma of the victim with the accused and his two brothers, the various manoeuvres of the then Member of the Parliament of that electoral region, Haji Maqbool Islam; his immoral and devious politics and many other issues have damaged the core basis of this murder case. For which, we have even observed non-existent people to be the accused in this case. Even the manner in which a man, who was shot many times and ultimately died, made a dying declaration in a playful manner like a normal person would have made, has been proved by the Appellate Division to be false and ill-motivated. Tofail Ahmed was not acquitted in this case even after such discrepancies, it was indeed a disappointment but at the end of the day the decision of the Honourable Court is binding for all.

But some innocents have at least been freed from the gallows and their lives have not ended in this fabricated case built out of animosity, maybe that is the hope in the end. However, the question I have repeatedly asked in this series of write-ups is whether the accused Joseph, Harris and Anis Ahmed have got justice in this Mostofa murder case? I still think in the answer to this question is No, they have not received justice, but the court gave their verdict on the basis of the evidence before them, the documents that were produced. At the end one has to accept the verdict of the court with various frustrations, inadequacies and hardships.