Rozina freed from jail on bail 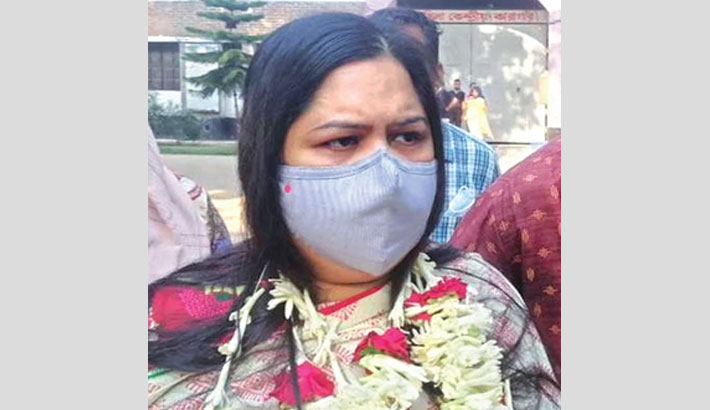 Prothom Alo Senior Correspondent Rozina Islam was released on bail on Sunday in a case filed by the Health Ministry on charges of stealing official documents.

Seven days after her arrest, Rozina walked out of Kashimpur Women’s Central Jail in Gazipur at 4:20pm. The family members and colleagues received her at the jail gate with flowers.

The jail authorities received the bail order for Rozina hours after Dhaka Metropolitan Magistrate Mohammad Baki Billah granted her bail in the case filed under the Official Secrets Act-1923 and sections 379 and 411 of the Penal Code. The court granted the bail on two conditions— a bond of Tk 5,000 with two guarantors and surrender of her passport.

During the virtual hearing on the bail petition, the court said, “Mass media is one of the components of democracy. Mass media help other organisations behave responsibly. So the court and the media never act as a barrier for one another.”

“The court always plays supportive role. So, we hope that she (Rozina) will be more aware of her responsibilities,” it said

The 42-year-old journalist was kept confined in the Secretariat for over five hours before being handed over to police on May 17.

Shibbir Ahmed Osmani, deputy secretary of the health services division of Health Ministry filed a case against Rozina with Shahbag police station over ‘theft and photographing’ of official documents.

The family members, however, claimed that Rozina earlier had reported on corruption of health ministry officials and for this, she was confined for five hours and implicated in the case.

Different local and international organisations had been protesting the arrest of the journalist with a demand for her immediate release.