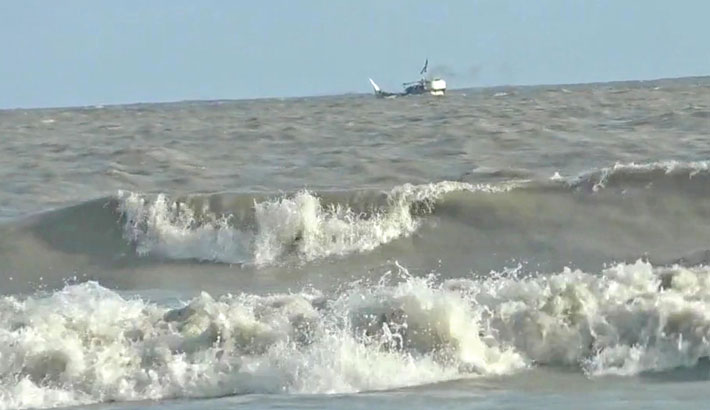 With Cyclone Yaas set to develop in the Bay of Bengal and make landfall in a couple of days, all fishing trawlers have been advised not to venture into the sea. – SUN PHOTO

The depression over the east-central Bay of Bengal and adjoining area is likely to turn into a “very severe cyclonic storm” Yaas and cross North Odisha-West Bengal coasts by Wednesday.

The depression is very likely to move north-northwestwards and intensify into a cyclonic storm by today morning and further into a very severe cyclonic storm during the subsequent 24 hours till tomorrow, said the Indian Meteorological Department (IMD) on Sunday.

It would continue to move north-northwestwards, intensify further and reach Northwest Bay of Bengal by Wednesday morning and very likely to cross north Odisha-West Bengal between Paradip and Sagar islands by evening of Wednesday 26 as a very severe cyclonic storm, according to an IMD bulletin.

Under the impact of the cyclone, Odisha and West Bengal of the neighbouring country and parts of Bangladesh might experience heavy to very heavy rain along with strong tropical squalls and isolated extremely heavy falls from Wednesday to May 29.

Ruhul Kuddus, a meteorologist at the Bangladesh Meteorological Department (BMD), told the Daily Sun that rainfall may occur in Bangladesh under the impact of the cyclonic storm while the central part of the cyclone may go through India.

It will be the first cyclone over the Bay of Bengal this year. Once the cyclone forms, it will acquire name Yaas, given by Oman.

Maximum sustained wind speed within 44 kms of the depression centre is about 40 KPH rising to 50 KPH in gusts or squalls.

The maritime ports of Chattogram, Cox’s Bazar, Mongla and Payra have been advised to keep hoisted distant cautionary signal number 1.

The fishermen have been advised not to venture into deep sea. Those who are already in the deep sea have been asked to return to the coast by Sunday.

The tropical cyclone pushes inland across northeastern India and it can bring widespread rainfall totals of 2-4 inches (50-100 mm) to Indian states of northeastern Odisha, West Bengal and Bihar as well as portions of Nepal and Bangladesh, reported AccuWeather, an international weather organisation.

Rain or thundershowers accompanied by temporary gusty or squally wind is also likely to occur at a few places over Barishal and Chattogram divisions and at one or two places over Khulna, Dhaka and Sylhet divisions, forecast BMD.

Weather may remain mainly dry with temporary partly cloudy sky elsewhere over the country, it said.

Mild to moderate heat wave is sweeping over Dhaka, Khulna and Barishal divisions and the regions of Rangmati, Sitakunda, Cumilla, Chandpur, Noakhali, Feni, Moulovi Bazar, Rajshahi and Pabna and it may abate from some places.