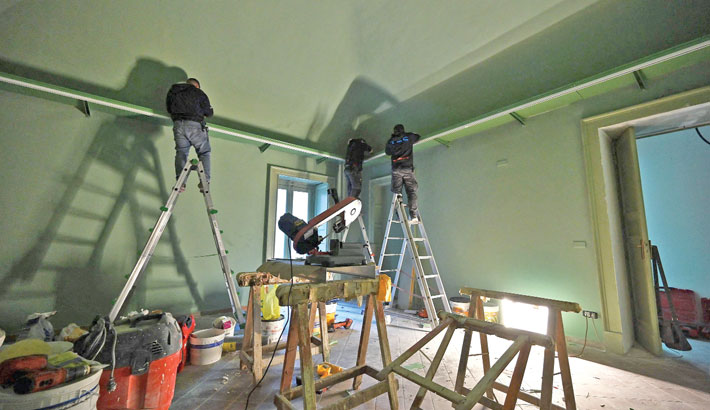 A view shows workers during restructuring works in one of the halls of the co-working space "Isola Catania" at Palazzo Biscari, Catania's most important private palace, a Baroque jewel and symbol of Catania's rebirth after the 1693 earthquake, in Catania recently. Workers across the world have taken advantage of enforced home-working during the coronavirus pandemic to move to warmer climes, requiring only a plug for their laptop and a decent internet connection. Jobs in Sicily are still hard to come by -- unemployment in 2020 was 18 percent, double the national average -- but growing numbers of people moving there while working online for northern firms is creating its own buzz. 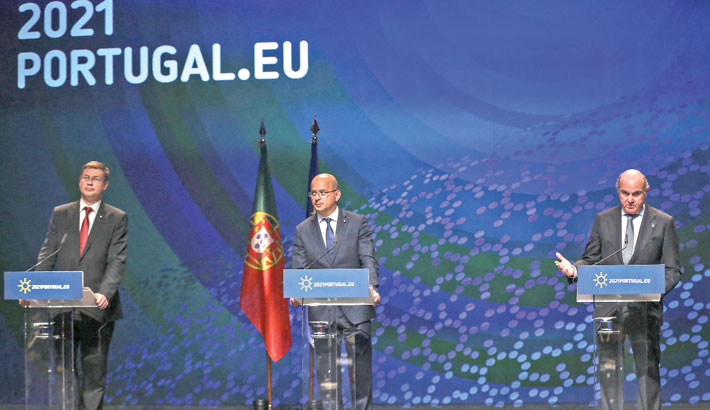 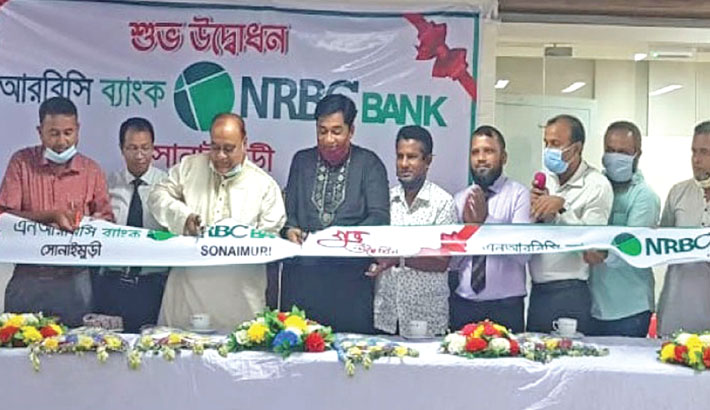 NRB Commercial (NRBC) Bank Chairman SM Parvez Tamal inaugurates 5 sub-branches of the bank through digital platform from its head office in the capital on Sunday. 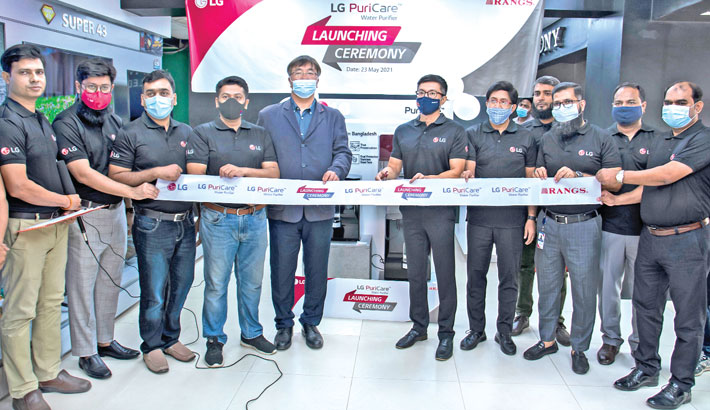