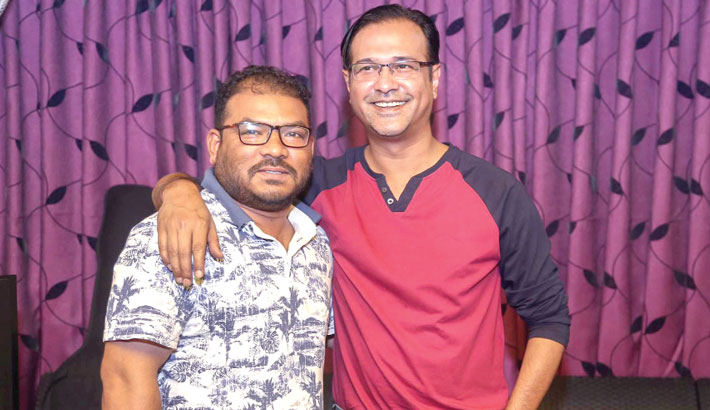 Popular singer Asif Akbar’s new song ‘Nuner Chhita’ has been praised by the audience. Dhruba Music Station was released the song with music video on May 11 as their Eid project. Since then, the song is getting huge positive response.

Omar Faruk has written the lyrics of song while Prince Rubel has arranged the music of it.  Alongside singing, Asif also be seen in the music video of the song. Yamin Elan has made the video of the track. Besides Asif, models Tarek Jaman and Sabrina Kanij Shuki took part in the video.

About the song, Asif said, “Lyrics, tune, music of the song are very nice. Omar Faruk has written the lyrics with utmost care. I wish him all the best of luck in his future endeavors. In ‘Nuner Chhita’, my fans will see me that old Asif. I hope the audience will enjoy the song as well as music video of the song.”

To note, ‘Nuner Chhita’ is the sixth song written by Omar Faruk for Asif. The Faruk-Asif pair’s other songs are ‘Dosshi’, ‘Koshom’, ‘Pirit Koira Kandi Ami’, ‘Super Beautiful’ and ‘Pashani’.