Mostofa Murder: Did Joseph, Haris and Anis Get Justice? (Part – 6) 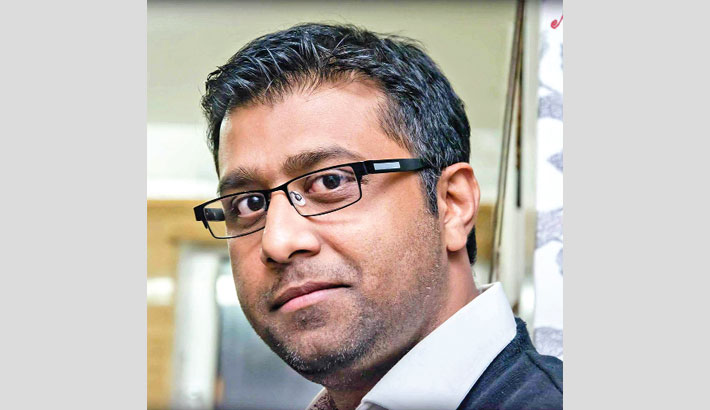 The judgment of the Speedy Trial Tribunal on the Mustafa Murder case appears to be both dismal and surprising if read with proper legal acumen. With a proper scrutiny being made, one careful legal mind is bound to find that the judgment  decisively lacks  proper legal observations,  analysis of the witnesses’ statements and not to mention  jurisprudential discussions. Nevertheless, it came with some lofty expressions, and one of those in page 97 renders to the high ideal of ‘establishment of justice’. Ironically, whether and to what extent the judgment itself could carry the weight of this expression  becomes  a concerning question after reading it in its entirety.

The respected Judge  asserted in the first place that he would  consider three things to conclude the verdict. Those were,

2.            Whether all the evidence and witnesses in furtherance to the charges made against the accused persons have been proved beyond reasonable doubt?

3.            Whether the accused persons shall be sentenced under respective provisions for the charges made against them under Sections 143/302/34 of the Penal Code.

In reference to these three above mentioned issues, the Judge analysed the facts presented before him, analysed them and reached to the decision part of the judgment. Now, before going to any discussion on the judgment, we need to know that in a criminal prosecution, ours and most of the civil states’ jurisprudence of evidence law warrants that the charges made against the accused persons shall be proved beyond reasonable doubt.

In this regard, to quote Jack B. WEINSTEIN, a Senior Justice of the US Supreme Court from his research paper ‘Comment on the meaning of ‘proof beyond a reasonable doubt’: “In a criminal case, the law tilts in favour of defendants; it prefers that some guilty go free rather than that some innocents be convicted. The questions are (1) how high the required minimum probability should be set and (2) how should the test be articulated. Quantification is one way of stating the standard”

Like all other Criminal Judgments,  the legal findings of the judgment and the evidence and witness that the Judge has considered to reach such findings are the matters to look into in this case. Moreover, how far the Judge has evaluated the probative value of each and every witness also deserves some attention here. In legal jargon this is termed as ‘witness credibility’.

In simple language, the probative value tries to find out how the court reviews and analyses statements of a witness and on what basis the court relies on such statements or deems it as worthy of consideration. It also stretches on the  link between the witness and the facts of the criminal case he is giving his statement on, the physical proximity of the witness to the crime scene at the time of commiting of the crime, and how the witness could give detailed description of the  factual issues  before the court.

The court observes much more considering the witness's own position in determining this probative value. For example, in this case, there are many witnesses from the prosecution who were involved in politics and business with these accused for a long time or have received various favours and cooperation from these accused. These incidents greatly reduce the credibility of the witness and as a result the court does not take into account the 'probative value' of that witness.

The question arises, how much emphasis did the learned judge place on the question of 'Beyond Reasonable Doubt' theory or 'Probate Value' of evidence?

Whether the defendants in this case were entitled to their 'right to justice' or 'justice' at all, or surprisingly in the judgment of this case we have seen the learned judge avoided one inconsistency after another made by the witnesses of the prosecution, why did not the learned judge take into account the clear conflicting statements under the his analytic concern?

It is frustrating to say that the learned judge in this case (1) has utterly failed to conduct a proper legal review and (2) has failed to review all the inconsistencies in the testimony of the witnesses, their conflicting statements outside the original statement.

If you look at the middle part of the first paragraph of page 87 of this verdict, there is no other way but to be shocked. The judge said in his verdict:

"There may be a slight discrepancy between how the accused Joseph and the accused Masood shot her husband Mostafa."

Can you even think? Even after the fully contradictory informations given by the plaintiff in the statement in a murder case, the learned judge is reporting it as 'slightly inconsistent', whereas plaintiff Rasheda Parveen says:

Let us cite from the fourth write-up of this series, ‘The claimant eyewitness Shahin gives an alternative account in his statement about the incident to that of the plaintiff, in this case, Mrs Rasheda Parveen, the wife of Mostafa recalling the same incident'. The contradictory statements of such a sharp and clear measure in such a criminal case amazes us. More importantly, the first witness of the case confirmed that her statement in the FIR was based on what she heard from her husband; whereas when she was interrogated during the proceedings, Mrs Rasheda Parveen changed her statement and accepted that she did not actually listen properly to what her husband told her. However, in her statement, she confirmed that the accused Masood had shot her husband, which she had heard from her husband.

This whole matter was not taken into account by the learned Judge Md. Abu Hanif, nor did he mention the need for a legal review of the matter, at least this has not been found in the 101 page long judgment of this speedy trial tribunal.

After reading the Judgement several times, it seemed unclear on what basis Judge Md. Abu Hanif had convicted Anis Ahmed and sentenced him to life imprisonment. It is noteworthy that the learned Judge did not give any details of the few cases he drew as legal precedents presented on the page 95 of his judgment and could not present the similarities in the issues of the cases he found to function as the legal precedent in the incumbent case. It is not found in the judgment any legal precedence for the theory of ‘common intention’ presented, the proximity of it in the slightest proportion, and the exact manner in which it was determined or how it was related.

At the same time, the learned Judge has brought before us the acknowledgement of the "Dying Declaration" by the murdered victim Mostafa on page 91 of his judgment, but he did not explain exactly how he set the standard for the statement of the victim or how he evaluated his mental health. It was made clear in one of the previous write-up of the series -

In case Rashed v. the State (71 DLR), the court gave the verdict that, there are three standards for the acceptance of the Dying Declaration,

(1) Whether it is the underlying truth,

(3) Whether it is free from the request of any third party and whether it is consistent with other facts and evidence relating to the circumstances of the case.

Similarly, the question in relation with Mental Health came up that ‘Magistrate has personal satisfaction’- in this regard, it is very risky to consider that the injured person was in a good mental state.

Similarly, in the case State v. Badal Mia (24 BLD), it is said that the Court will look into whether the person giving the Dying Declaration was of conscious and normal state of mind; also in this regard, there was absence of Legal Review/Acumen/Expertise by Judge Md. Abu Hanif.

The Honorable Judge of Speedy Trial Tribunal, Md. Abu Hanif, himself advocated for justice but each of the required/expected basic elements to constitute a judgment was missing in his verdict. The verdict of a criminal case involves not only an accused but also his family members and relatives. In such trials, naturally we expect that the whole process,procedure and review will go through highest order of reasoning/logic; whereas, so many legal loopholes, lack of proper review, absence of legal explanation which means all the requirements to measure the credibility of witness or value or probative value is overlooked/disregarded, then naturally the question comes up, whether the accused persons at all got justice in this case? Did they get all the rights they were entitled to/deserved? Did they get the highest echelon of Jurisprudential usage or legal review they ‘deserved’? At least my analysis says, NO. In this case, the accused persons were left out in the cold/neglected, all their deserved rights were ignored and justice was served to them- can never be said. (to be finished in the next episode)

a writer and lawyer