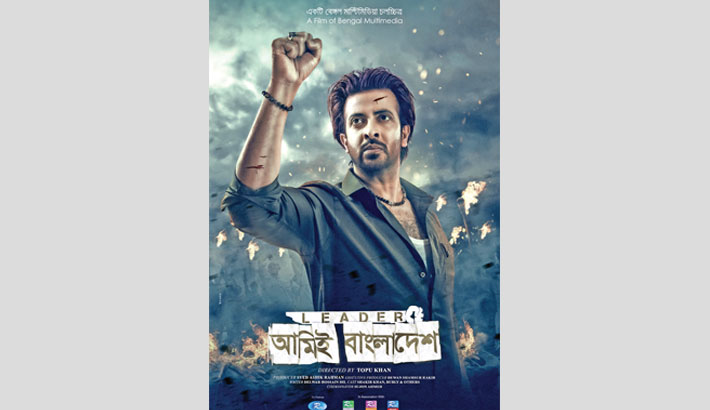 The first look of Dhallywood superstar Shakib Khan from the movie ‘Leader Ami e Bangladesh’ has been out. The picture of his look was released on the Facebook page of Rtv Movies and Bengal Multimedia on Friday.

In the picture, Shakib Khan is in a protesting mood with clenched fist.

Produced by Bengal Multimedia and directed by Topu Khan, popular actress Shabnom Bubly will be seen in the film opposite Shakib Khan.

Earlier, Bengal Multimedia signed a contract with Shakib, Bubly and Topu Khan for the movie on February 8 this year.

Director of production house Bengal Multimedia Syed Ashik Rahman said, “The shooting of the movie was supposed to begin on May 7 this year. Due to the ongoing pandemic, the shooting is yet to begin. We already have completed all preparation. The shooting of the film goes on the floor soon.”

“We will complete the shooting within 30 days but it will depend on the situation of corona. In the meantime, Shakib and Bubly have taken necessary preparations, including, their looks for the movie”, he added.