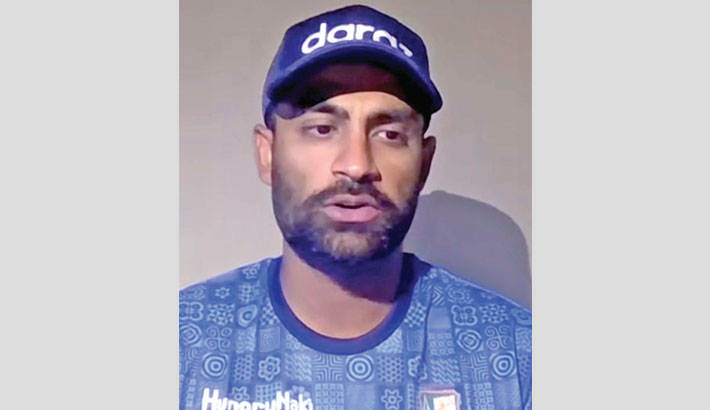 Bangladesh ODI skipper Tamim Iqbal warned his team-mates not to get complacent before taking on Sri Lanka in the three-match one-day international series, starting on Sunday at the Sher-e-Bangla National Stadium.

The Tigers will be clearly ahead of Sri Lanka in terms of the experience of both of the teams as they will play with their full-strength side in the home ODI series whereas the tourists opted for fresh blood with keeping their eyes on the next 50-over World Cup in India in 2023.

The return of experienced Shakib Al Hasan also enhanced the confidence of the team, who will be eyeing to secure another home ODI series triumph over Sri Lanka after they outplayed West Indies in this format earlier this year.

Tamim, however, claimed that the experience would hardly matter if they fail to execute in the middle and urged his team-mates to give their best shot during the series.

“We have played against them at the international and domestic circuit and we are aware that it won’t be easy. We have to play more than a hundred percent to beat them,” he added.

Both the teams have the opportunity to improve their standings in the ICC World Cup Super League in the upcoming series with Bangladesh and Sri Lanka are currently ranked sixth and 12th with 30 and minus two points respectively.

Despite Bangladesh’s losing 0-3 against Sri Lanka in their last bilateral ODI series in Sri Lanka back in 2019, Tamim brushed aside the revenge idea but he claimed that they should grab the opportunity to win the series at home.

Incidentally, Tamim led that Bangladesh side in the absence of that time regular skipper Mashrafe Bin Mortaza as he had to skip the series due to injury.

“I don’t believe in all those revenge and things like that because after all, it’s a game of cricket,” he said.

“We won’t have too many ODI’s series at home in the upcoming days and need to grab this opportunity,” he added.

Tamim informed that Shakib will return to number three while believing that all is not over for Najmul Hossain, who was dropped for the first two ODIs.

“Shakib will bat at three. I have full trust in his ability but at the same time, everyone needs to understand that what he did in the World Cup was exceptional, scoring 600 (616) runs in eight games and I will be the happiest person if he plays in the same way. Although it’s not possible, we must hope for it,” he said.

“I feel all is not gone for Shanto (Najmul) because he is dropped for one series. I still feel he is our future but we felt he needed a break and sorted out his game in the domestic and come back strongly,” he added.

Tamim also requested the media not to raise questions of his batting approach that has been following him like his own shadow in the recent past.

“I know what my batting approach is and I’m successful with it and I hope you (journalists) won’t raise this question again as it seems that it is being raised more often than not,” he concluded.