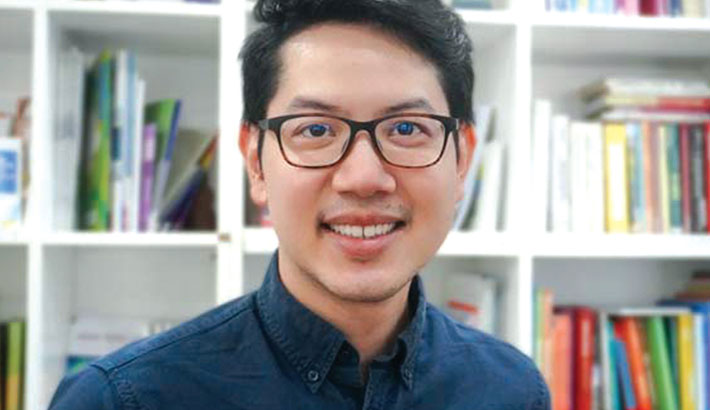 HANOI: As an LGBTQ activist, legal whizz-kid and Vietnam's first openly gay candidate running for a seat in its rubber-stamp parliament, Luong The Huy is determined to lead long-lasting change for the country's marginalised communities.

Huy, 32, is one of just nine independent candidates running for Vietnam's National Assembly in elections to be held across the country on Sunday and wants to boost the voices of lesbian, gay, bisexual, and transgender people, who have long felt discrimination, reports AFP.

But getting his name on the ballot in the communist, one-party state was no simple task. At the last elections five years ago, more than 100 independent candidates -- including dissidents, a taxi driver and a pop star -- tried to run, but just a handful made it through the gruelling selection process.

Now that he's made it this far, he's clear about what he wants to achieve.

"I want people's voices to be heard," Huy told AFP, sitting in his Hanoi office beside a framed poster bearing the slogan "Human rights are for everyone".

Huy, who is currently director of Vietnamese NGO iSEE, which aims to empower minority groups to protect and promote their rights, has been campaigning for a decade to improve the lives of the Vietnamese LGBTQ community.

He once addressed a session of the UN Human Rights Council and was listed by Forbes as one of the 30 most inspiring people under the age of 30 in Vietnam.

But despite studying law -- Huy got a scholarship from the US's Fulbright Program to study at the University of California -- he says he has struggled to bring policy to the people who matter in Vietnam's opaque governmental system.

"If I'm a member of the National Assembly, that path will be shorter, easier and more convenient for the community groups we serve," he said.

Vietnam is seen as relatively progressive on LGBTQ issues compared with some other countries in Asia.

But although the country lifted its ban on same-sex marriage in 2015, it stopped short of full legal recognition for those unions, and a long-promised transgender law to allow legal gender changes has not yet materialised.

In schools, misinformation about sexual orientation and gender identity is widespread and some children are taught by both teachers and parents that being gay is a mental illness, according to a Human Rights Watch report published last year.

"Some people find it hard to accept someone from the minority LGBT community representing them at a powerful legislative body," he admitted.

"There have been (negative) comments about me personally, about how I look and about my sexual orientation."

Huy had pinned his hopes on votes from millennials and Generation Z, but to his surprise, many of his backers seem to be older men and women.

Some have messaged him privately, while others have openly declared their support on social media.

"Suddenly I realised that my support network isn't as small as I thought it was," he said.

"I have truly made a step out to the huge society beyond."

Other than the nine independents, there are more than 850 candidates who made it onto the ballot with the help of powerful backers.

They are all competing for one of almost 500 seats in parliament, which is always dominated by members of the ruling Communist Party and rarely seen to fight for the general public.

But Huy believes he may be able to bring about real change for ordinary Vietnamese.

"I may be the first (openly gay man to run for a seat) but I hope I will not be the only one," he said.

"People will keep on talking about the first gay candidate, whatever the result may be. This is a story for those in the future who can accomplish even more than I do."