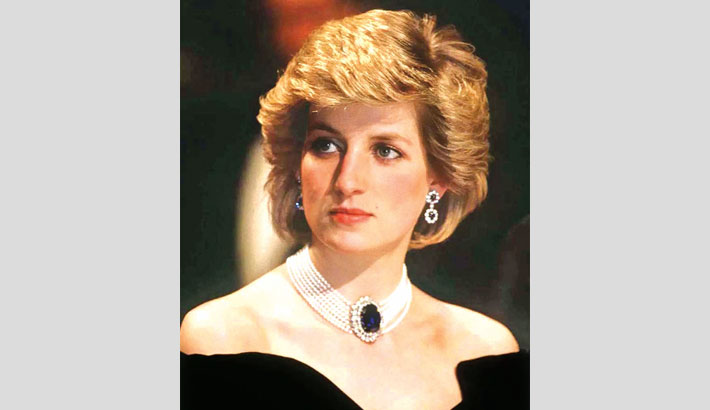 LONDON: The British government on Friday warned of potential action against the BBC, after unprecedented criticism from the royal family about its use of deception to secure a 1995 interview with princess Diana, piling pressure on the corporation as it fights attacks on several fronts, reports AFP.

Culture Secretary Oliver Dowden, whose brief includes media, said an independent inquiry into the affair highlighted "damning failings at the heart of the BBC", which is publicly funded.

Ministers would now "consider whether further governance reforms at the BBC are needed", as talks approach for renewal of its royal charter covering its running and regulation, he added.

Diana's interview with journalist Martin Bashir was a global scoop, and saw the princess detail her crumbling marriage to heir-to-the-throne Prince Charles, as well as admitting to adultery.

But a retired senior judge on Thursday concluded Bashir had faked documents to falsely claim Diana was being kept tabs on by her closest aides, which persuaded her to take part.

Diana and Charles' eldest son and second-in-line to the throne, Prince William, was scathing in his criticism on Thursday, accusing the BBC of failing his mother and the public -- and worsening his parents' relationship.

William's younger brother Harry also waded in, adding: "The ripple effect of a culture of exploitation and unethical practices ultimately took her life."

Prime Minister Boris Johnson, a former journalist who was once sacked from The Times for making up a quote, said: "I hope very much the BBC will be taking every possible step to make sure that nothing like this ever happens again."

The revelations could not have come at a worse time for the BBC, as its annual licence fee funding model comes under ever closer scrutiny.

Newer, subscription-based platforms and streaming services have prompted mounting calls for the charge -- currently set at £159 ($226) -- to be scrapped. The BBC is also fighting regular complaints of political bias from all sides, and jealously guards its editorial independence from attempts at government influence.

BBC director-general Tim Davie, who issued a full apology for Bashir's underhand tactics and the corporation's cover-up, once ran for election as a councillor for Johnson's Conservative party.

He has reportedly planned to axe some "left-leaning" comedy shows that are said to be biased on issues such as Brexit.

GB News, a new 24-hour television news channel soon to launch, is promising to appeal to BBC viewers turned off by claims it is too London-focused and liberal.

The BBC's own media editor Amol Rajan on Thursday night said blanket criticism from government ministers to the future king and his brother left the BBC "severely injured, probably scarred".

"For an organisation that exists on the whim of public affection and respect, that is a dreadful place for the BBC to be," he said.

London's Metropolitan Police, which has previously ruled out a criminal investigation into alleged unlawful activity surrounding the interview, said it would now assess the report "to ensure there is no significant new evidence".

William and Harry's criticisms claimed Bashir's deception played into their mother's fears and paranoia in the years leading up to her death in a high-speed car crash while being chased by paparazzi photographers in 1997.

Former culture minister Ed Vaizey told Times Radio the BBC had to prove it had changed after a series of scandals, including wrongly implicating a former Tory lawmaker in child sex abuse claims.

The Daily Mail suggested the BBC "could face millions of pounds in compensation claims" from those smeared by Bashir, who went on to have a high-profile career on US TV networks.

Spencer said he could "draw a line" from the interview to her death, suggesting it led her to reject security protection.

Prince William said the way the interview was solicited meant the show gave a "false narrative" and the BBC should not air it again.

But the Evening Standard's royal editor, Robert Jobson, questioned this, however, telling Sky News Diana had a "very clear narrative" and "wanted to get her point of view across".