Khedira to retire at the end of season 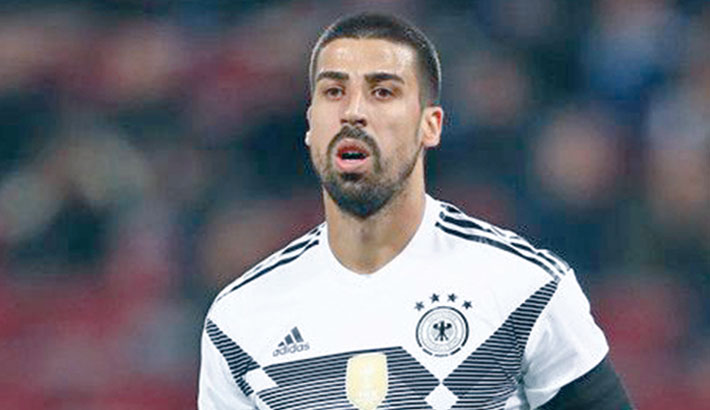 Sami Khedira will retire when the Bundesliga season finishes this weekend, the former Germany midfielder announced on Wednesday.

"It's a pretty tough step, but the only right one. 15 years of professional football have left their mark," Hertha Berlin's Khedira told reporters in the German capital.

Khedira, a World Cup winner in 2014, made the last of his 77 appearances for his national team in the infamous 2-0 defeat to South Korea four years later in Russia, when the holders crashed out at the group stage.

The 34-year-old started his career at Stuttgart, where he won the 2007 Bundesliga title.

He joined Real Madrid after the 2010 World Cup finals, recovering from a serious knee injury at the start of 2013/14 to win that season's Champions League final.

He switched to Juventus in 2015, but after winning five Serie A titles, he did not make a single appearance for Juve this season before signing for Hertha in February until the end of the campaign.