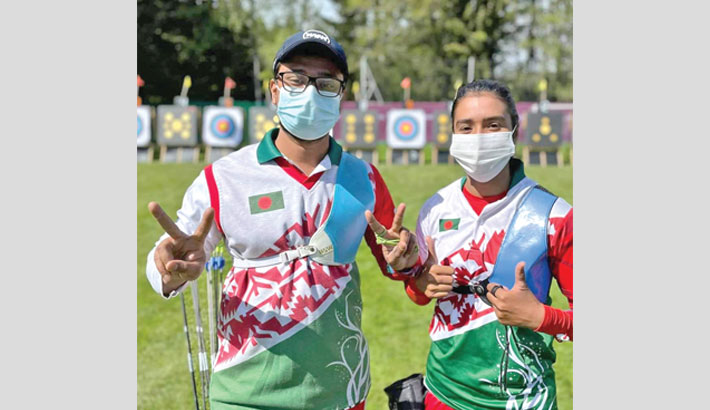 Bangladesh archers – Ruman Shana and Diya Siddique stormed into the final in the recurve mixed team event of the ongoing Archery World Cup stage two after beating Canada by 5-3 set-points in the semifinals at Lausanne in Switzerland on Thursday.

The Shana-Diya pair will face the second-ranked Netherlands in the gold final on May 23.

Netherlands pair - Gabriela Schloesser and Sjef Van Den Berg beat Mexico in the semifinals while they defeated their France and Kazakhstan opponents in their previous two round matches. Netherlands earlier received a bye in their first-round match.