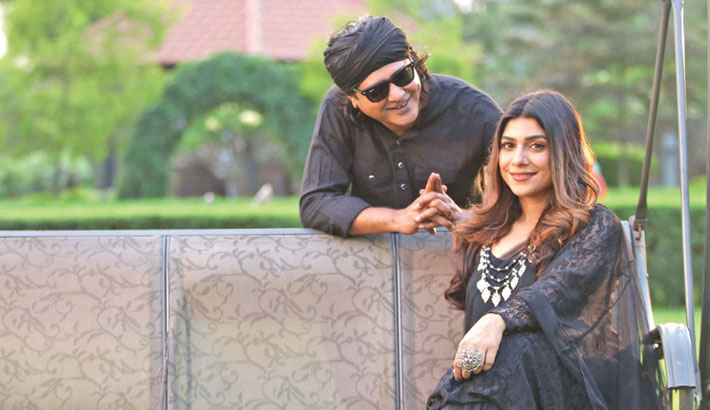 Popular singer Asif Akbar and promising singer Sabrina Bashir’s Eid song ‘Oviman’ is getting huge response from the audience. ‘Oviman’ has been released on Sabrina Bashir’s own YouTube channel with music video recently.

Md. Apon Khan has written the lyrics and composed the song while A M P Roney has arranged the music of it. Alongside singing, Asif, Sabrina have also featured in the music video of the song. Audience also have praised their chemistry in the music video.

Shoumitra Ghosh Emon has made the music video.

About the song, Asif said, “Lyrics and tune of the song are very nice. Sabrina has performed well in the track. I’m getting huge positive response for the song.”

Sabrina said, “I’m very happy to work with Asif bhai. I’ve learnt a lot from him through this song. I’m very optimistic about ‘Oviman’. Besides ‘Oviman’, I have completed the recording of about 20 songs. These songs will be released on my YouTube channel S B Entertainment gradually.”