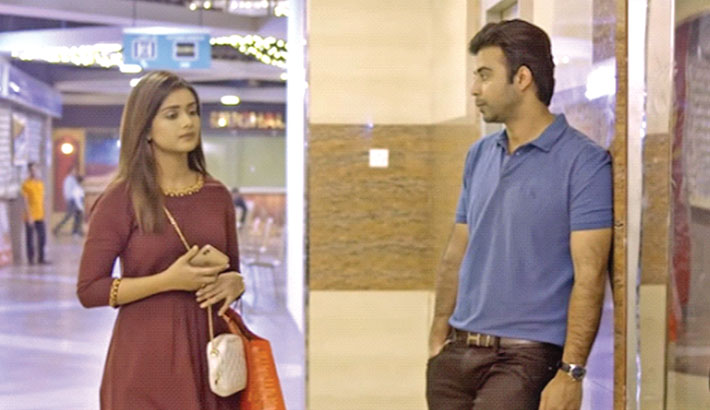 A scene from the drama Take Bhalobasa Bole

Mizanur Rahman Aryan is a popular small screen director and script writer. He is very selective in the way of making drama and telefilm. His first hit drama ‘Boro Chele’ which was released in 2017, has crossed 29 million views on YouTube and it is most viewed Bangladeshi telefilm in YouTube.

On the occasion of Eid-ul-Fitr, he was made a drama named ‘Take Bhalobasa Bole’. Popular actors Afran Nisho and Tanjin Tisha-starrer the drama was released on YouTube channel of CMV on May 17. Since then, the drama has been getting huge response from the audience and has created a buzz among the drama lovers. The drama has garnered 1 million views on YouTube within the first 20 hours.

According to its producer SK Shahed Ali Pappu, the drama will create another history after the drama ‘Boro Chele’.

Pappu said, “‘Take Bhalobasa Bole’ was published on the YouTube on May 17. It’s crossed 1 million views just in 20 hours. It is also a record. Till Thursday, over 2.4 million people enjoyed the drama and about seven thousand people commented on it. Most of them have praised the drama.”

On the other hand, Mizanur Rahman Aryan said, “I always make dramas for the audience. I try to understand what kind of dramas they want to watch. Due to the corona pandemic, I didn’t work much on this Eid. The shooting of ‘Take Bhalobasa Bole’ was completed before the start of ongoing lockdown. I’m very happy that the audience liked the drama. In a short period, the drama crossed 1 million views on YouTube. Thanks to the audience for showing love toward us.”

Scripted by Jobaed Ahsan, the other cast of the play includes Doibonath Saha, Arnob Antu, Sornolota and others.