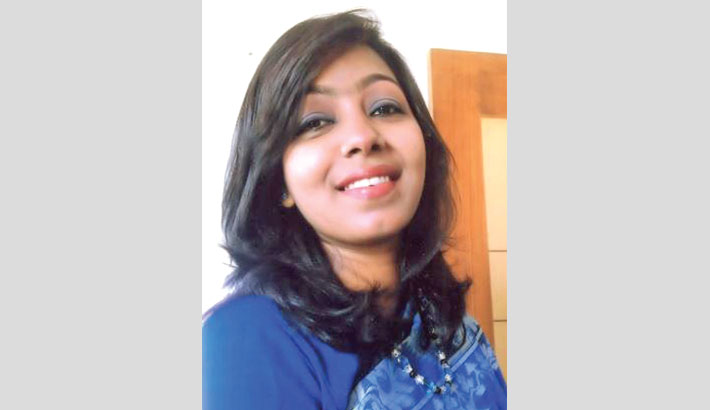 The nation is celebrating the most glorious moment of its golden jubilee of independence and birth centenary of the father of the Nation Sheikh Mujibur Rahman. This incomparable moment reminds us of a prosperous Bangladesh embedded on Bangabandhu’s political wisdom, foresight and idealistic leadership. It was the right zeal that led us to gain our independence. While celebrating the country’s 50th independence anniversary, who can deny the development of different sectors founded during Bangabandhu’s regime?

Bangabandhu devoted all his energy to rejuvenate the war-torn economy of the country through fulfilling the basic rights of the people, eradicating corruption at all levels, revolutionising the agrarian uprising, nationalising the abandoned mills and factories. He wanted a new map, a new territory, a new nationhood, a golden country of self-reliant and happy people. His dream of agrarian revolution was exquisitely condensed in one of his early visionary speeches delivered on May 9, 1972. He said, “What do I want? I want the people of Bengal adequately fed.”

In fact, the Pakistani army consumed resources and destroyed our infrastructure. The main problem of a ruined land was food crisis. That is why Bangabandhu gave the highest priority to agriculture to make a hunger-free society. Today’s success in agriculture is just the materialisation of Bangabandhu’s dream. Besides, the great leader wanted to change life and destiny of the peasants, workers, labourers and common people of the country. Therefore, 50 years of our independence and present outstanding achievements of agriculture are nothing but the recognition of Bangabandhu’s initiatives. The success of agriculture was rooted in the spirit of the liberation war and his dream. 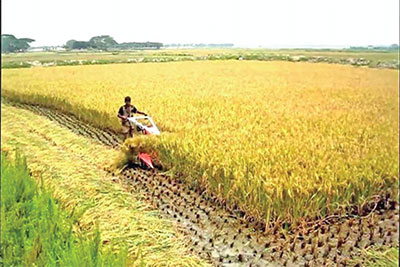 Bangabandhu rendered utmost importance to making the country self-sufficient in food through various activities ranging from building physical infrastructure to planning for future need. He hailed the Green Revolution through technological interventions. He created respectable position for professionals involved in agricultural sector including the mechanisation and enhancement of irrigation facilities in agriculture, the cultivation of improved varieties of crops for the sake of growing more from same land. To this end, Bangabandhu reorganised agricultural research in the country. He stimulated agriculturists and agricultural researchers to devote themselves in growing more food and fibre. As a result of his encouragement many eminent agricultural scientists were created for nation building endeavours who contributed to increase production even three folds. The most notable event was the establishment of the Bangladesh Agricultural Research Council (BARC) in 1973 and National Agricultural Research Institutes (NARS). BARC helps NARS innovate advanced technologies through proper and efficient research management and building research capacity. Similarly, Bangabandhu, realising the importance of rice as major food item, helped to rejuvenate Bangladesh Rice Research Institute (BRRI). BRRI, following his directives, developed high yielding modern varieties with various technological innovations. As a result, rice production has been increasing day by day. During the rule of Bangabandhu, the first high yielding variety of wheat was brought to this country for research in 1973 and introduced in the farmers’ fields.

For different varieties and technologies the country is currently undergoing a revolution in vegetable production and has caught the eye of the world. Bangladesh is recognised as the third largest vegetables producer in the world. Production is increasing every year. About 200 types of vegetables are cultivated in the country. Vegetables are exported to about 50 countries. Besides crops, Bangladesh has also been achieving high growth in fisheries and livestock. Bangladesh has been ranked third in rice production and second in freshwater fish production. Moreover, it ranks second in jute production, fourth in tea, seventh in mango, eighth in guava and potato. Sugarcane Research Institute, Bangladesh Atomic Agriculture Research Institute (later renamed as Bangladesh Institute of Nuclear Agriculture), Horticulture Development Board, Cotton Development Board, Seed Certification Agency were established during the rule of Bangabandhu. The first five-year plan (July 1973-June 1986) was formulated putting adequate investment in agriculture. As a result of Bangabandhu’s practical and dynamic steps, the annual growth rate in agriculture stood at 7%.

Bangabandhu himself deeply realised the importance of building skilled manpower for flourishing agriculture. Therefore, he encouraged meritorious students in agriculture and recognised them with higher government rank and status. In order to create a competitive spirit among the farmers in the agricultural sector, Bangabandhu Government introduced an award in 1974 named as Bangabandhu National Agriculture Award to recognise excellence in this sector. The first agricultural loan system on easy terms was also introduced at that time. He distributed khas land among landless peasantry. He waived the rent of land up to 25 bighas including arrears. It is a shining example in improving the lot of agriculture and farmers.

Prime Minister Sheikh Hasina is implementing these groundbreaking agricultural programs adopted by Bangabandhu. Under her able leadership, unimaginable success is added to agriculture. Now Bangladesh is a role model of agricultural development in the world. The effect of tremendous growth in agriculture is reflected in all socio-economic indicators. Thanks to agriculture poverty has been significantly reduced. Educated youths are coming forward as entrepreneurs in the advancement from subsistence agriculture to commercial agriculture.

Now agriculture is playing a leading role in ensuring adequate food production even during the ongoing Covid-19 pandemic. As a result, Bangladesh is exporting food grains, vegetables, and fishes abroad.  Currently agriculture contributes 1.38 per cent to the country’s economic growth and it is expected that the share will increase further in future.

Institutes under National Agricultural Research System(NARS)  are conducting research activities in the face of adverse environmental conditions, focusing on the development of improved varieties of other crops including salinity, flood, drought and heat, water stagnation and short duration crops (rice, wheat, maize and potato, pulses, oilseed etc.) They are working on the implementation of SDG Goal-2 by 2030 to ensure food production as well as nutritional needs.

The 50 years of agriculture of the liberation war and the outstanding achievements of the present day agriculture are nothing but the materialisation of Bangabandhu’s dream. In this opportune moment of 100th birth anniversary of Bangabandhu and the golden jubilee of independence, let’s our conviction be to build ‘Golden Bengal’ as envisaged by Bangabandhu.